Earlier this year, Machon Lev produced a humorous ad (below). Machon Lev (also known as the Jerusalem College of Technology) had started a successful program geared for Charedi students. And they wanted to advertise it so that more Charedim would take advantage of it and learn how to better support their families – and thereby the economy.


One sees a young Charedi man asking a Rav about Shiduchim. Asked by the Rav what he is studying, he answers that he is studying 2 mesechtos, one in Bavli (Babylonian Talmud) and one in Yeushalmi (Jerusalem Talmud)… and physics.

The Rav perks up – his eyes looking directly at him and asks in a bit more detail about the kind of physics he is studying. The young Charedi answers and to the surprise of other Charedi young men sitting in that room, the Rav says that he has a Shidduch for him – his daughter.

This seems to show a change in attitude about the value to the Shidduch process of young men that prepare themselves for the workforce while at the same time studying Torah at high levels. Kind of like many Charedim in America do. Instead of being considered 2nd class citizens in that world as they always have been, Shadchanim would now recommend these young men to young women looking for mates.

At the time I thought this was great news. Still do– if it’s true. But is it true? Are they no longer considered 2nd class citizens and instead considered a prize catch? I’m not so sure about that.

I recall one of the Charedi magazines at the time being highly critical of Machon Lev. They accused them of undermining the rabbinic leadership by trying to recruit Charedim away from full time Torah study for purposes of Paranasa (making a living).

Which of course implies that a working Charedi is still considered a 2nd class citizen. Machon Lev was therefore condemned for that ad even while agreeing that such programs do provide a service to those who want to go to work. They objected to the message of this ad. That a working Charedi is a bigger Shidduch prize than a non working one.

An article in Yeshiva World News (YWN) seems to corroborate that – right in its title. Which reads: “Chareidim Who Attend College or Join Workforce Have Trouble Getting a Shidduch”.

So true is this – that they actually had a Kinos (prayer gathering) about it in Jerusalem last Sunday:

The young men and women have one thing in common, they have decided to enter the workplace or attend an institute of higher education. Now they report they are having difficulty getting a shidduch as a result of their decision. They lamented that while they are still chareidi in every sense of the word they are viewed as ‘second rate’ when it comes to shidduchim. The kenos was hosted by the Agudah Achas organization.

30-year-old Yossi Chaim entered the work place five years ago while he was learning in yeshiva. “I began working in radio and I have found great difficulty when I began looking for my second half, when approaching chareidi shadchanim”

It should be pointed out that Yossi arrived in a black suit and a fedora. He told participants that until a young lady reaches the age of 24 or even 26 she will not consider marrying one who works.

Moti Horowitz of Agudah Achas explains that when a young man begins working, he has broken from the mainstream in the beis medrash and life regarding a shidduch becomes complicated.

I think this says it all about the attitude with respect to Charedim working for a living. Nothing has changed. I wonder if it ever will.

I am however glad to see attempts to change it by Charedim like Moti Horowitz. He is trying break “the wall and helping to advance the shidduch process for the growing number of chareidim who are now in school and/or employed”.

This is the kind of grass roots action that I believe may yet prove to be successful in achieving the kind of paradigm change that the Charedi world in Israeli so desperately needs. I don’t think this one event will change anything. But many events like this plus the proliferation of Charedi college programs like the one at Ein Hemed Campus, Machon Lev, Kiryat Ono, and Adina Bar Shalom’s Charedi College; and ads like the one below… might just do the trick if enough people join the revolution. 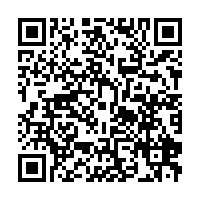