I love my family. That includes my extended family, too. Even when there is substantial disagreement between us. As is the case with is my cousin, Elana Maryles Sztokman.

For those unfamiliar with the name, Elana is an unapologetic Orthodox Jewish Feminist. While I too consider myself to be a feminist, I’m sure that Elana would hardly consider me one. That’s because I disagree with her version of it. While I see equality for women as an exercise in simple fairness… and believe it to be an imperative that should be applied in every way in our daily lives, I do not see it overriding certain religious areas the way she does. We strongly disagree about that. But in a recent article by her in Tablet Magazine, I completely agree with her sentiments.

Here in her own words is what happened on a flight back to Israel after completing a book tour in the United States:

I sat there silently for a long time, watching all this happen, witnessing all these men around me talking about me, mostly in Yiddish, but also in Hebrew and English, without looking directly at me. I sat there, torn between my desire not to make a scene and my feeling that If I don’t articulate, right here and now, how all this affects women, how this affects me, who will?

So finally I spoke out. Right before the man found a replacement to sit next to me, I said, “Can I say something?” and without looking at me, he said yes. I said, “Imagine if instead of men and women, we were talking about Jews and non-Jews. Imagine how you would feel if a bunch of non-Jews were standing around saying that they can’t sit next to you because you’re a Jew, that they are willing to sit anywhere but next to you, because their religion won’t allow it, because you are impure or different, or whatever. How would you feel? How would you ever get over that insult?”

I’m not sure whether it mattered. One young man very kindly said to me, “You don’t understand, women are holier than men.” I said, “That’s rubbish and it doesn’t excuse the insult,” and then I added that I spent 13 years in yeshiva and there’s nothing he could tell me that I haven’t already heard. Then the original man, the one who refused to sit next to me, muttered to another man as he was walking away, “She doesn’t understand.” I said, “I understand everything, and don’t talk to me as if I’m not here.” He ignored me, and all the other men turned their backs and did not respond or even look at me.

I sat down, put on my seatbelt, looked out the window and suddenly started to cry.

This story is an outrage to me. I am as disgusted by this man’s behavior as Elana is.

This attitude is why there are buses in Charedi neighborhoods in Israel that have separate seating for men (in the front of the bus) and for women (in the back). That is why in some communities there are separate sidewalks for men and women (on opposite sides of the street). That is why the Chasidim of Ger insist that their wives walks several steps behind them when they are together in public. (God forbid husband and wife should be seen side by side!) That is why extremists among them will throw rocks at women they see dressed immodestly by their standards. And why they might bully or beat up women that do not measure up to those standards.

Mr. Abutbul: Tear Down that Wall! 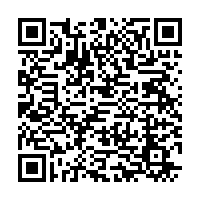