One of the current by-products associated with leaving observance (going OTD) is intermarriage. This should not come as too much of a surprise. Once a Jew abandons Halacha, there is really no reason not to marry out.

Historically parents of a child that wants to marry out have been traumatized by it, even if they were not themselves observant. It was as if the desire by Jewish parents for their children to marry within the faith was their DNA. No Jewish parent, no matter how removed they were from observant Judaism approved of a child doing that. I know a few non observant Jewish parents like that. They did not raise their children with much of a Jewish identity and yet were in virtual fear that the non Jew their child was dating might end up as a marriage.

Unfortunately this reaction seems to have become more of an exception that a rule. There is certainly more tolerance about it these days – if not full acceptance.

While this may be true to Jews as a whole, with respect to Orthodoxy there is still no tolerance of it. No Orthodox Jew would ever accept a non Jewish spouse for their child. The Torah clearly forbids intermarriage. That’s a game ender as far as intermarriage is concerned.

Unfortunately it seems like there has been an increase of intermarriage in Orthodoxy these days. While I have no statistical evidence of it, my guess is that it probably matches the increase of young people going OTD.

A Modern Orthodox parent who identifies himself as Ruvie has written a very thoughtful article about his own experiences along these lines. One of his children went OTD and eventually married a non-Jew.  Ruvie attempts to explain the reasons for the increase in this phenomenon. He lists and describes a number of very plausible explanations.

If I had to sum up Ruvie’s reasons for the greater incidence I would say it is the greater acceptance of Jews in this country. It is at a point where Judaism has become the most admired religion in America. To illustrate this one need look no further than by the very high profile intermarriage of Chelsea Clinton to Marc Mezvinsky that the entire country seemed to celebrate. This kind of acceptance has fostered unprecedented assimilation. The forces of which can at times overcome even committed Jews raised in normal functional Orthodox homes. When society warms up to us, we warm up to them. Its only natural.

When a young person leaves an environment that constantly reinforces their religious practices and finds himself in a world filled with people who do not look at religion at all for any guidance – it should be no surprise that the continued reinforcement of that new environment which is not guided by Judaism will take its toll. In some cases even in a family where one’s commitment to the Torah and the transmission of it’s values are deep. Being immersed in a culture void of any religious Jewish content can eventually lead a young person to believe that they found their match in the person they met without regard to their religion.

This is especially true in a college where one’s religious beliefs are often challenged by the professors they encounter or the material they are required to study for a particular course. Add to that the draw of the anti establishment and hedonistic lifestyle one finds on college campuses and you have the perfect storm for an intermarriage. If one contrasts these modern Orthodox experiences with those of their Charedi counterparts it is understandable why this phenomenon seems to occur more in Modern Orthodox circles.

That being said, I realize that there are many reasons why someone will go OTD and then possibly intermarry. Even for those that never leave their religious environment. But there is not a doubt in my mind that the circumstances I just described contribute highly to intermarriage in the Modern Orthodox world whereas these circumstances hardly exists at all in the Charedi world.

Whatever the reason the fact that it happens more frequently these days begs for a response. What does a parent do, asks Ruvie, when it happens to them? Remember we are talking about normal functional observant families where the parents did all the right things. They follow Halacha and send their children to day schools and Yeshiva high schools. They even send their  children to study in Yeshivos or seminaries in Israel post high school. When a child from a family like this ends up marrying a non Jew what do they do? Do they accept it? Reject it? Sit Shiva? What is the best way to handle this if it happens to you?

The traditional response had always been cutting yourself off from that child.  That may still be the response in more right wing circles. In my view, however, one should never give up hope that a child will be convinced to return to his roots even after they marry out. There is always the possibility that the non Jewish spouse will convert in a serious way according to Halalcha and re-marry your child according to Halacha. And if there are children, they too can convert.

The question still remains, what to do at the outset? One thing you should not do is sit Shiva. R’ Aharon Licthtenstein was quoted by Ruvie on the subject of what a parent should do about a child that goes OTD:

“The days of sitting shiva for those that leave are long over – it is a failed policy.” He believed the door must remain open with a willingness for conversation.

I believe the same thing is true for intermarried child. Only it’s a much more complicated and tougher situation to deal with since there is another human being to consider beside your child: the non Jewish spouse.

Certainly you cannot possibly condone it. Nor should you participate in any kind of marriage ceremony to a non Jew. I realize that is asking a lot. There are good people that are strongly committed to their Judaism and yet will participate. Even if only to show that they value their child’s happiness above all – as any good parent would. I completely understand it and am certainly not in a position to judge. Nor should anyone else. I am speaking in the ideal.

Not attending the intermarriage of a child does not mean you no longer love them. That love can be shown after the marriage in a variety of ways. In my view one should never give up on their children. Even if it seems like they will never return to observance and stay intermarried. You never know.

Marriage and contemplating parenthood matures people and they start thinking about the values they want to teach their children. In the case of a formerly observant Jew that was taught the values of the Torah – this can begin a process that will bring them back. In the case of Ruvie, his son started caring about Halacha again despite his intermarriage. From the article:

This topic has yet to be addressed in any meaningful way. That’s probably because intermarriage was so taboo, it was relatively rare. But now that it has become more common, we have to find ways that can satisfy Halacha without sacrificing your children.

It takes a lot of courage for the parent of an intermarried child to talk about it so frankly and so openly. Profound thanks is therefore due to Ruvie for being among the first to bring it up.

Emes Ve-Emunah: The Dignity of Difference 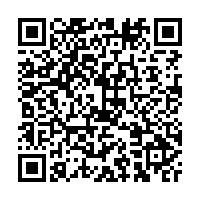