The big news yesterday was that due to issues with his health Pope Benedict is resigning as Pope effective February 28th… in just a couple of weeks.

Why should an Orthodox Jew care what goes on in the Catholic Church? Well… when a religion boasts membership in the billions, what happens there definitely affects us. Not in any theological way. But most certainly in a sociological one.

The fact that The Catholic Church is the direct and unbroken chain of Christianity going back to the 2nd Temple era… and that their religion stems from Jewish roots add to that importance. So too does the fact that the Jewish people and the Church have been intimately intertwined over the two millennia since Christianity’s founding – mostly not for the better. I need not go into all the pogroms and other anti Semitic acts perpetrated against the Jewish people in the name of their religion. Suffice it to say that it was responsible for much carnage toward our people.

That of course all changed with Vatican II. Although many Jews are still suspect about the motives of the Church and believe it to be just a new ploy in trying to convert us, I believe that the change in their attitude was sincere. They no longer consider us ‘Christ killers.’ They no longer say that Judaism has lost its legitimacy and has been replaced by Christianity. They now consider us their ‘older brother’ religion and quite legitimate.

Since Vatican II there has been great progress between the Catholic church and the Jewish people. Our relationship has never been better. And the current Pope deserves credit for that. No one said it better than this:

“During his period (as pope) there were the best relations ever between the church and the chief rabbinate and we hope that this trend will continue,” “I think he deserves a lot of credit for advancing inter-religious links the world over between Judaism, Christianity and Islam.” “(I wish the Pope) good health and long days.

These are the words of Rabbi Yona Metzger, Chief Rabbi of Israel. I could not have said better myself. I hope that the next Pope will be no worse… and that relations continue to improve. 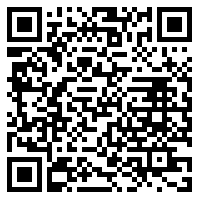