Many of my critics ask me why I don’t focus on the problems in the Modern Orthodox community. In particular the charge is made about my posts dealing with Off the Derech (OTD) children. (I dislike that term as it automatically casts these young people in a negative light. But I use it for lack of a better term.)

The truth is that there probably are a lot more young people who go OTD in Modern Orthodoxy(MO). I don’t know the percentages, but it wouldn’t surprise me if they were huge. It is an unfortunate fact that far too many people in this community focus far too much on the ‘modern’ and not enough on the ‘Orthodox’.


By contrast it would seem that Charedim fare far better in this department. They focus entirely on the ‘Orthodox’ and have complete disdain for the ‘modern’.  Again, I don’t know the numbers but my guess is that compared to MO, their rate of OTD is comparatively low. On the surface it should not be too surprising. If one is raised in an environment that goes to great lengths to insulate their children from all outside influences, then of course there will be less attrition than from a community that not only allows outside influences, but actually encourages it if it doesn’t violate Halacha. And it is sometimes hard to draw a line between what violates actual Halacha and what doesn’t.

Once we engage with the outside culture crossing lines can easily occur. There are also a lot of grey areas that may be permissible but violate the spirit of Halacha. This can foster a slippery slope climate into becoming OTD.

It is also true that there are a lot of Modern Orthodox Jews who are observant for social rather than ideological makes. Which makes it more conducive for a child to go OTD when exposed to the general culture in large doses.

But before the Charedi world can pat itself on the back, I noticed a very disturbing statistic about one of the most Charedi and isolated cities in the world. From Marty Bluke’s blog, The Jewish Worker:

10% of the Charedi teenagers in Bnei Brak are OTD.  So says Mishpacha (Hebrew Edition) in an interview with people who work for the city of Bnei Brak in this area. What is sad is that they say that many times the kids not only go OTD but become criminals, addicts, etc. and that their efforts are not to bring back the kids to religion but to turn them into functioning members of society.

How could this be? How do people that are so insulated end up with one in ten children going OTD? If the average family has ten children, that means that every family has one OTD child. Perhaps one can begin to explain this by an excerpt from an article by Jonathan Rosenblum:

EVEN ON THE INDIVIDUAL LEVEL, I’m not convinced that more mixed communities do not offer their own advantages. A friend of mine once commented to me, “I raised half my children in Tel Aviv and half in Bnei Brak, and on average, I have to say that those raised in Tel Aviv turned out better. In Tel Aviv, I raised them; in Bnei Brak the street raised them.” What he meant – at least in part – was that in a mixed community, the children had to work on their identity and figure who and what they were. In the all chareidi community, everything was just assumed, without ever being thought about. The former produces people whose first question is, “What does Hashem want from me?;” the latter those who ask, “What will the neighbors say?”

And from yet another article by Jonathan in this past week’s Mishpacha Magazine:

I do remember being told by one of the world’s most prominent marbitzei Torah, as we chatted on a transatlantic flight, that the most insular and tightly controlled Torah communities have the highest incidence of dropouts. And when I mentioned this observation a few hours later to another equally prominent Torah figure, as we waited for our baggage, he looked at me as if to ask why I was taking up his time with something so obvious. (Emphasis mine.)

If one combines this with Rabbi Moshe Grylak’s series of editorials about Charedi parents abandoning their OTD children to the streets, this adds up to a shocking situation. My guess is that even if more MO children go OTD, very few are abandoned by their parents like that.

All of this raises some obvious questions. Among them the following. Is it in fact better to be raised in the type of insular community that is typical of the Charedi world? Should parents seek to avoid any contact with the outside world because of its negative influences? Or is it better to follow the path of Modern Orthodoxy with its philosophy of controlled engagement with the outside world? If the latter is the case, then what about all of those MO children who go OTD… and there are many?

I think the answer is not in the numbers as much as it is in the actual philosophies of the two worlds.  One that views insularity as the ideal and the other who views interaction as the ideal.  There are actually two worlds in Modern Orthodoxy. One is the social world which is very large. And the other is the philosophical world which includes its own right and left and is probably a lot smaller.

When I speak of Modrn Orthodoxy as being the better of the two options, I am speaking about the Hashkafa of Modern Orthodoxy. If it that were the guiding principle of all Modern Orthodox Jews, there would be a lot fewer dropouts. Why? Because  Modern Orthodoxy believes that engagement with the culture is a good thing.

The benefits of that are twofold. One is that we can appreciate God’s world in its larger context (outside the halls of the Synagogue, study hall and focus on pure ritual) and enjoy what the surrounding culture has to offer in the realm of the Halachicly permissible. But perhaps more important is that inoculation works better than insularity.

If properly raised to honor God and his Torah and observe his commandments, then being exposed to the culture in that context will enable parents to teach their children how to enjoy the permissible while avoiding the impermissible. From the perspective of Modern Orthodoxy, doing God’s will by following Halacha is number one. Once a child  is imbued with Yiras Shomyim, he can be taught by his parents how to engage the world and to better deal with any challenge that may come up.

While this is not foolproof, I think it should be obvious by the statistics and anecdotal evidence quoted by Jonathan Rosenblum, and Rabbi Grylak that a philosophy of controlled exposure to the culture that is one of the hallmarks of Modern Orthodoxy clearly trumps the almost total insularity of the Charedi world.  The only reason that many MO children dropout is not due to its philosophy but due to the fact in all too many MO families – observance is more social than ideological.

I recently saw a Modern Orthodox Bat Mitzvah video where there was very little ‘Mitzvah’ and a lot of culture that was anathema to Judaism. The girls were dressed immodestly and they were all dancing to the sexually suggestive music being played by a disc jockey they hired. Unfortunately these people had little interest in following the letter of the law, let alone the spirit of the law. There was nothing Jewish in that video at all. And I’m sure that most of those young people come from observant homes – socially observant homes.

I believe that a lot of MO Jews are like this. I don’t know the numbers, but I fear they may even be the majority. It would not surprise me if more than a few of those kids went OTD at some point in their lives. But that does not speak to the validity of Modern Orthodoxy as a Hashkafa.

It is my belief that those of us who are serious about the Hashkafa have the fewest dropout of all. A lesson that the Charerdi world should learn from us – if it isn’t too late. 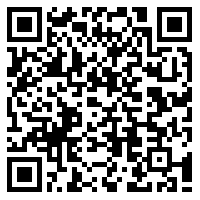