There has been a lot of discussion about young people abandoning Mitzvah observance (going OTD) over the past few years. A lot of that discussion took place here.

Indeed it has been declared a crisis by some. The focus of this issue in the religious media has been primarily in the Charedi world. Many theories have emerged as to why children go OTD. Among them: being sexually abused and the negative reactions to it by family and community, dysfunctional family situations, faulty educational environments, teachers unprepared to deal with questions of faith, or being overly sheltered from the world so that rebellion occurs when they are exposed to it unprepared.


I’m sure I missed a few reasons, but suffice it to say there are many reasons or combination of reasons to explain the phenomenon in the Charedi world. This problem is non discriminatory and touches even the best of households. Much ink has been spilled on horror stories of good and decent parents who have one child who has completely crashed and has become – not only OTD, but even a societal outcast (e.g. use of hard drugs and generally dropping out of society).

What has not been discussed much is the phenomenon of Modern Orthodox children going OTD. As though it wasn’t a problem for them. Of course that isn’t true. MO kids go OTD too. But I was amazed to find out the rate. According to an excellent blog post by Rabbi Steven Pruzansky there is an unpublished study claiming that 50% of Modern Orthodox high school graduates go OTD within two years of their graduation!

That is a shocking statistic. It almost justifies claims I often hear by the right that whatever problems they have with OTD, it is a drop in the bucket compared to our problems with it. My answer to them is that their drop is a very large drop which has been declared a crisis by many of their own leaders. But their point is well taken if that 50% statistic is anywhere near true.

But let us examine what is really going on with a statistic like this. Just as is the case by Charedim, there are many reasons why someone may abandon his religious observance. Some of them probably overlap. But there are definitely reasons that are unique to Modern Orthodoxy. One very plausible explanation is that many of the children attending MO schools are not from religious homes. When a child doesn’t see and live at home what he is taught in school, there is little chance of him remaining observant – if he ever was. But I don’t think anyone believes that is the entire reason.

Rabbi Pruzansky proposes another reason which I think is completely valid – although I don’t think it is the only reason by far.

He says that one has to look at the home first. What kind of role models does a child see in his or her parents?

I have long ago contended that the many MO Jews are what I call MO-Lite. This means that they are socially religious. They live in MO Neighborhoods and go to MO Shuls. But they are not really all that into their Judaism in any serious way. They observe Shabbos and Kashrus because that is how they were basically raised. But their observance is more social that idealistic – and outside of those two main Mitzvos – picking and choosing what they do and do not observe.

MO-Lites pay as much (if not more) attention to their lifestyle choices than they do religious choices. So when the two conflict – the lifestyle choice may win. Not that they will purposely violate Halacha, but they don’t look at their Judaism as the primary part of their lives. As Rabbi Pruzansky points out: 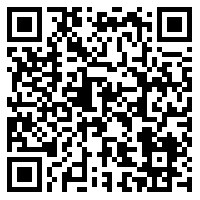