Home Blogs Emes Ve-Emunah My D’var Torah for Shimon’s Bar Mitzvah
Share on Facebook
Tweet on Twitter
Photo Credit:
This week’s Parsha deals with the story of Yaakov and Esav.  Esav was an Ish Yodeah Tzayid — a hunter. Yaakov was an Ish Tam Yoshev Ohalos.
The word ‘Tam’ has traditionally been applied to someone who is of simple mind. In fact one of the four sons in the Hagadah is called a Tam – the simple son.
Was Ya’akov a simpleton who could not think deeply?
Hardly.  He was an intellectual who preferred the house of study to the open filed of the hunter.
First the word Tam also means whole. Ya’akov was a whole or wholesome person missing nothing from his intelligence or temperment. Eventhough he had the intelligence to be very clever and outwit people, he did not use those characteristics except where it was in service to God. Such as when his mother Rivkah realized via prophecy from God that the blessing of the firstborn must be given to the Ya’akov and not to Esav.
Second, in the very same Pasuk that that descries Yaakov as a Tam, it describes him as a Yoshev Ohalos — someone who sits in tents.  Chazal explain that what the Torah means is that Yaakov was studious. He studied Torah diligently in a  house or ‘tent’ of learning.
Rashi in next week’s Parsha  –  VaYetzei  – tells us that when Yaakov ran away from his home to Charan his mother’s birthplace to avoid the wrath of Esav… he took a 14 year detour into the Yeshiva of Shem Vo’Eiver – where he studied Torah.
But Torah was not the only area of Yaakov’s expertise. He also knew science.  Rav Ahron Soloveichik points this out in his book ‘The Warmth and the Light’.
After serving Lavan for many years, Yaakov decided it was time to leave. Lavan offered to pay Yaakov for all the Bracha that was bestowed upon him through Yaakov’s efforts.
Yaakov responded by offering to make a deal with him.  Yaakov would continue to work for Lavan tending his sheep. Over time as those sheep gave birth to more sheep, he would take all the speckled ones of Lavan’s flock that would be born of unspeckled members.  Lavan would keep the all the un-speckled ones.
The Torah then describes the very strange procedure Yaakov used to ensure that his share of sheep would be substantial.  He carved out white streaks and speckles in rods of various branches… and set the rods before  flock. This would influence them to bear speckled and spotted offspring.
The obvious and question is – How did Ya’akov expect this procedure to influence the flocks?
It was God’s will that Ya’akov be properly rewarded for his efforts in working for Lavan all those years.The Medrash that  tells us that God sent Yaakov a ‘Malach’ to help in his dealings with Lavan.
Rav Ahron explains that a Malach does not necessarily mean an angel. It can mean a messenger – which might come in many forms. In this case it was in the form of Mendelian science! The science of genetics founded by Gregor Mendel.
Rav Ahron goes on to explain in some detail how Yaakov used those rods genetically to amass the huge amount of speckled offspring from all those sheep. I am not going to go into those details. The point is that when Yaakov left Lavan… he left a very wealthy man because of his knowledge of science.
As Rav Ahron points out – Yaakov’s experience with Lavan teaches us the value of incorporating Limudei Chol into our lives as a fulfillment of the Torah.
The amount of Torah study we have today is unprecedented. There are more people learning Torah in Yeshivos than at any time in our history. This has led to phenomenal spiritual growth. But it has come at a cost.
Unfortunately – secular studies such as science have taken a hit as a result.  In some day schools and Yeshiva high schools secular studies have been relegated to an almost negligible status. Some even dismiss its value entirely and have eliminated it from their curriculum as is almost universally the case in Charedi schools.
Shimon: I am happy to say that your parents and grandparents are not among those who support this view. As important as Torah study is, it does not mean we abandon the study of Limudei Chol such as science. Limudei Chol is important in order to live a fully Torah observant life as was demonstrated by Yaakov. This what your extended family believes.
And so did the man for whom you were named – my father, Shimon Maryles. Having been raised in a Chasidic family where Limudei Chol was not a big item, my father nevertheless valued Limudei Chol and made sure that I received a good secular education while I attended Yeshiva.
My message to you, Shimon is this: Torah study is indeed important to your spiritual health. It is what will make you a knowledgeable Jew. But Limudei Chol should not be all that far behind. As Rav Ahron said, incorporating Limudei Chol into our lives is a fulfillment of the Torah.
Take a lesson from Yaakov… from  Rav Ahron…   from your namesake – my father …and from your parents and grandparents.
As you continue to pursue your education – do not allow one Limudei Chol to be pushed aside. Value it. And try your best to excel at both Limudei Kodesh and Limudei Chol.

The Right Approach to Yom Ha’atzmaut

‘Not Everyone Is Meant To Sit And Learn’: An Interview With Popular Blogger Rabbi Harry Maryles 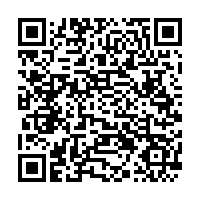