I never met him. But for me he was a giant. As he was for myriad other Jews in Orthodoxy and beyond. He had no peers. I Am saddened to report that Rav Aharon Lichtenstein passed away today at age 81.


He was a Torah giant unlike any other. He was unique in the sense that he exemplified the Hashkafa of Torah U’Mada (TuM). While there are many religious leaders that oppose this Hashkafa, some of it based on the belief that study of Mada should never be studied in place of Torah – I believe some of it is largely based on error. That’s because in truth Torah U’Mada is a very broad category that encompasses many approaches. No one made that case better than Dr. Norman Lamm in his book of the same title.

Torah U’Mada is simply the idea that Mada – or worldly knowledge although secondary to Torah knowledge is a worthy study that ought not be ignored for a variety of reasons. This is why I include R’ Samson Raphael Hirsch’s Torah Im Derech Eretz (TIDE) as a subcategory of TuM. Even though adherents of TIDE are quick to deny any connection to TuM they too are mistaken. They associate it with Dr. Lamm’s personal approach which they reject. Other definitions of TuM can be found in R’ Ahron Soloveichik’s book, Logic of the Heart, Logic of the Mind.

R’ Lichtensetin’ Petirah (passing) is being reported by many news websites such as VIN and even the secular Ha’aretz. And he is being hailed as a Torah giant even by Charedi websites like Matzav and YWN where some of his many achievements are mentioned. But Charedi praise was not always the case when he was alive. Quite the contrary. It was in fact his very embrace of secular studies that brought scorn upon him for some right wing circles.

Rav Lichtenstein had once said that his study of English literature at Harvard University (where he received his PhD) helped him to better understand certain sections of Tanach. He did not claim that such study was necessary for others. Surely many Torah giants that never studied English literature did not necessarily lose out. But for himself he said it was a necessary component that aided him. This belief on the part of Rav Lichtenstein is an actual demonstration of one of the primary reasons to study Mada – as an aid to Torah study. A reason stated by no less a Torah giant than the Vilna Gaon!

When an Israeli Rosh HaYeshiva (of American background) had heard that he had said this, he called together his entire Yeshiva and lectured his students about it. He was angered that a Rosh Yeshiva in any way said that Mada had positive value with respect to Torah study… and virtually condemned him. Without naming him he said that this Rosh Yeshiva does not only not know Torah he doesn’t even know Shakespeare! (…having misheard what R’ Lichtenstein actually had said. He never mentioned Shakespeare.)

That Rosh Yeshiva could not countenance placing value on anything other than Torah study itself. This is the Charedi Hashkafa of Torah Only. One may only study Torah until he studies it all (…all of the Talmud and all the Halacha Seforim with all the commentaries ever written on them) and masters it. Only then is one – permitted – to study Mada. Which is of course a virtual impossibility.

And thus was R’ Lichtenstein denigrated. But he never flinched… never retracted his views and stood by them until his dying day. 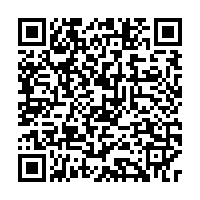