It’s simply not possible. I don’t believe it. Nonetheless it is being reported as fact. Rafi’s blog, Life in Israel, has linked to the Hebrew language website B’Chadrei Charedim that quotes Rav Chaim Kanievsky’s response to a question about smart-phones.

There is a Gemarah in Brachos that tells us that a man will lose his portion in Olam HaBah if he walks regularly behind a woman down a river. Rav Kanievsky was asked if this applies to someone who has in his possession an I-phone or the internet. His one word answer according to Chadrei was ‘ B’Vadai’ – absolutely! Anyone who uses an I-phone or the internet is in a category of losing his Olam HaBah – his heavenly reward in the world to come!

If this is true, then yet again, I think we all ought to all just go over to MacDonald’s and have a cheeseburger… or violate any other Miztvah in the Torah we want to violate. Why bother observing Halacha if you’ve lost your Olam Habah?

I happen to know Gedolei Torah and Roshei Yeshiva  who use I-phones and the internet. Are they all doomed?

Once again we have what appears to be a huge dis-connect between what a great Torah sage supposedly said – and reality. Either Rav Kanievsky does not know the extent of internet use among a great number of devoutly observant Jews, or this is a gross distortion or mischaracterization of his views. I think that both things are true. I don’t believe he said it and meant it to be interpreted as simply as that one word answer indicates.

I would not be surprised if this is yet another instance of Kanoim – religious zealots twisting the views of a elderly rabbinic leader to fit their agenda. I’m sure his position is far more nuanced than the one word answer (B’Vadai) he supposedly gave to a simple question.

The Agenda is obvious. There are people who are eager to destroy other Jews in a fit of self righteousness. They do not have these devices and do not want anyone else to have them either. So they make sure to twist the words of Gedolei Yisroel to assure it.

They may think they are doing the right thing. But they are by far doing far much more harm than good. They may in fact be responsible for pushing more religious Jews out of observance than saving them from using the internet.

By putting people who have smart-phones into a category of losing their Olam Habah, it is not too difficult to see many frustrated Frum people who have so often been put upon with comments like this say, ‘the heck with it!’ I may as well live a life of ease and not worry about violating Halacha. I won’t make to Olam HaBah anyway.

The Gemarah upon which this one word response attributed to Rav Kanievsky was based upon does not forbid the incidental following of a woman down a river. The loss of Olam Habah  that the Gemarah speaks of is only to those who purposely do so with lascivious thoughts and the intent to sin in that regard. And even then only if it is done on a regular basis.

I would add that even if someone regularly does things like that and has some sort of sexual addiction, he can get help… and do Teshuva. I find it very difficult to believe that the Gemarah’s intent is that someone loses his Olam HaBah permanently if he does that. It is also known that the Gemarah sometimes exaggerates to make a point. Which may be the case here.

If there is any comparison to be made between following a woman down a river and the world of the 21st century and the internet – it is in the area of purposely viewing pornography on it. The problem is not the internet. It is the websites one frequents… if those websites are pornographic. That is the comparison that Rav Kanievsky no doubt meant – if he said anything at all.  Accidentally accessing a pornographic website is not a cause for losing one’s Olam Habah.

But the Kanoim who publish stories like this do not want to be confused with the nuances of truth. They want convey the message that I-phones and any other device that can access the internet is so evil that one should not even touch it! For if they do, their Olam HaBah is at stake. 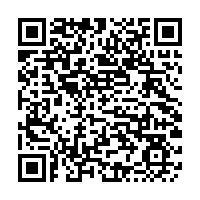