The extremes of tznius among Haredim was illustrated last week by the picture accompanying this post.

One may ask, what could possibly be wrong with a picture of a group of Haredim bundled up for winter surrounding a snowman. Well this is not just any picture. It is a picture of Beitar’s mayor, Meir Rubenstein and his family. For those who don’t know, Beitar is a very Haredi city. This picture should indicate just how Haredi it is. The mayor and his family look pretty Haredi.


The publisher of this picture was summed to a religious court for publishing this picture in his weekly ad-paper.

What in heaven’s name – one might ask – is wrong with this picture? Obviously those of you who cannot figure it out – are not sensitive enough to know just how sexually arousing it is. (Interesting that the term used in the Behadrey Haredim caption is ‘aroused’.)

Look carefully. There is a picture of a woman’s face in the background. All you see is a face of a woman whose hair is completely covered and whose fully clothed body is blocked by the people standing next to her.

This would be funny if it weren’t so sad. Even though Beitar is Haredi – I do not believe it is comprised of extremists. And yet this picture was considered so provocative that that its publisher was summoned to a Beis Din. I’m not sure the publisher even realized there was a woman in the picture. That’s how obscure her image is.

The incident is really emblematic of a much larger issue. What this says is just how ridiculous issues of tznius have become in the world of right wing Haredism and how far the ‘tznius race’ is taking us.

Ordinarily it wouldn’t bother me that much that the most right wing segment of Judaism wants to reduce tznius to such ridiculous extremes. Live and let live I always say. But Haredim do not live in a vacuum. Beitar is a municipality. People visit it and know about. Their citizens interact with the rest of society in their jobs and in every day life. Beitar citizens are not isolated. People know about Beitar. They are not Neturei Karta or even Eida HaCharedis people necessarily. They are more or less mainstream – albeit on the extreme right of it.

In matters of tznius these days, there is a competition among groups of Haredim. So that even moderate Haredim might latch on to something like this. And once moderate Haredim accept such strictures, it becomes the standard for everyone except the extreme left of Modern Orthodoxy. While Centrist Orthodoxy and most moderate Haredim are not there yet. It may only be a matter of time before the tznius chase catches up with them.

If you think there is no race like that going on, you would be wrong. There is. No where is this more evident these days than at Orthodox weddings. Or even banquets. Seating at weddings and banquets are increasingly sex segregated. Single or married men and women are seated at different tables at opposite ends of a banquet hall – separated by a Mechitza. A Mechitza for weddings might be understandable – even if the seating is mixed. Watching women dance may be problematic in some cases. But banquets do not have any women dancing at all. And yet Mechitzos are increasingly becoming the standard.
The reason for this in my view is the tznius chase. Which is a subset of the Frumkeit race- also known as the move to the right. When one segment sees another segment move to the right they will tend to follow suit so as not to be outdone by those who claim to be more religious.

What happened with seating arrangements is now happening with pictures. Haredi publications are increasingly not carrying any pictures of women. Witness Hamodia, The Yated, Mishpacha, and Ami. ArtScroll still does. But I wonder how long it will take before they too join the tznius chase.

The phenomenon of moving to the right seems to be more about image these days than it is about substance.

Black hats is another example that illustrates this point. When I was in Telshe back in the sixties, the only time high school students wore black fedoras was on Shabbos. No one wore one during the week. Not even for Tefillah B’Tzibur.

Yes, we had to wear caps for that. But it could be any kind of cap, including baseball caps. Which most of us wore in those days. Try that today in a right wing Haredi Yeshiva. Or even in a moderate Haredi Yeshiva.

They will call ‘wearing black hats’ growing in Yiddsihkeit. “We have grown spiritually” – they will say – “since the ‘dark days’ of the sixties.” Spiritually? Really? Black hats? It reminds me of what a recent guest poster said about this issue. When he asked a Rebbe in his Yeshiva why black hats were so important, he was told that we do what the Chafetz Chaim did. He wore a black hat and so must we. We are supposed to emulate the behavior of our Gedolim.

Of course pictures of the Chafetz Chaim even in his old age show nothing of the sort. He wore a cap.

I call it growing in “Frumkiet” not gowing in Yiddishkeit. Frumkiet emphasizes the hitzonius (exterior facade) much more than the penimius (individual character). Frumkeit is not Judaism.

This appears to be the case in Beitar. That they called the publisher of that picture on the carpet because of the “tznius” violation in that picture says it all. 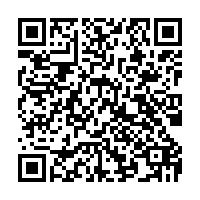