The Charedim are at fault. That statement coming from me should not be too surprising to those who constantly accuse me of Charedi bashing. They will cite it as further proof of that. But as I always say, I do not bash Charedim. I simply observe – and comment.  So how do I reconcile that with my opening statement? It’s quite simple, unfortunately. Anyone who read the latest edition of Mishpacha Magazine would come to the same conclusion.

In its cover story it reports on the survey that Mishpacha commissioned (originally reported in their Hebrew edition). They wanted to know what secular Jews in Israel really think of Charedim.  – the conclusion was quite revealing to its editor, Rabbi Moshe Grylak. The fact is that most secular Jews do not hate Charedim.


Additionally many other negative assumptions about secular Jews in Israel are also untrue… as I wrote about in an earlier post. His conclusion was that we should throw away all that misinformation and try to reach out more in the spirit of harmony and Achdus.  To paraphrase the immortal words of Rodney King, why indeed can we not all get along? We should.

Unfortunately Rabbi Grylak is part of the moderate Charedi world that does not reflect the current views of the rabbinic leadership there. Instead we keep hearing the same thing we have always heard. The narrative is the same. It’s almost as if these are pre-selected talking points. Old notions about secular hatred of Charedim still prevail. And that of course generates Charedi hatred of secular Jews in return.

In Mishpacha’s section on responses to the survey of both Charedim and secular Jews, we find stark differences.

In the very first interview we find a clean shaven young man, Dr. Chaim Zicherman who says that the solution to the problem is better Hasbarah (PR). He says that Charedim need to do a better job of showing the secular public what Charedim are all about… and not allow the negative images of them spun by the secular media to be their only source of information about them.

I agree. Charedim do need to reach out and make a better presentation of themselves. But then he falls into the same pattern of blame that many – even moderate Charedim fall into. He casts Yair Lapid’s Yesh Atid party as anti Charedi – equating it to his father Tommy Lapid’s Shinui party and all previous anti Charedi political parties.

Why can’t he realize that Lapid is not anti Charedi? There is no possible way that MK R’ Dov Lipman would belong to a party that is anti Charedi! Lapid’s political and media critics do not have the same access to Lapid that R’ Lipman does. He knows him and says unequivocally says that Laipd is not anti Charedi.

But they don’t care. They accuse R’ Lipman of selling out. But -as R’ Lipman has shown – there is ample evidence of Lapid’s desire to help Charedi get out of their poverty. Charedim counter that Lapid is anti Charedi because of some angry rhetoric they’ve heard or seen on his Facebook page. Or more recently the fact that he insisted on a criminal penalty for Charedi draft dodgers.

They always frame the issue this way: Lapid wants to throw Yeshiva students in jail because they want to learn Torah. That is patently false. Why can’ they frame it the way it really  is? …that Lapid simply wants to equalize the penalty for all draft dodgers?! Not that he wants to penalize Limud HaTorah! The oppsosite is true. He wants to install some Limud HaTorah into the secular schools! 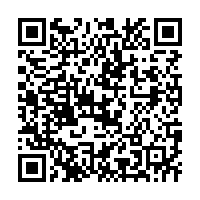