Throughout March there was a drastic increase in terror attacks on various Israeli fronts.

There was an increase in terrorist attacks against Israeli targets.These attacks varied from failed attempts to smuggle long-range surface-to-surface rockets into Gaza, two explosive devices detonated against IDF soldiers on both the Lebanese and Syrian borders, a barrage of 70 rockets fired at southern Israel from Gaza, an uncovering of the largest tunnel so far from Gaza into Israel, and routine activities in the Central Command in order to prevent terrorist activities and safeguard Israeli life.


Operation “Full Disclosure” took place on March 5, when the IDF managed to prevent an attempt to smuggle an Iranian shipment of advanced weaponry intended for terrorist organizations operating in the Gaza Strip. The operation was possible due to the combination of in-depth intelligence and enhanced operational capabilities. In the successful operation, 40 rockets (type M-302), which can reach up to a range of 160 kilometers, 181 mortar shells (122 mm) and approximately 400,000 7.62 caliber rounds were found on board the Klos-C.

Increase in Instability on the Northern Border

In March, two rockets landed in northern Israel, and two concealed explosive devices were detonated against IDF soldiers along the Israeli border with Lebanon (March 14) and Syria (March 18). During the latter, four soldiers were injured. A similar incident was prevented on March 5, when soldiers identified three Hezbollah-affiliated terrorists attempting to conceal an explosive device in the northern Golan Heights. The IDF responded immediately and fired towards the suspects.

At the end of the month (March 28), the IDF opened fire towards two armed suspects who infiltrated into Israel in the central Golan Heights. Following this escalation, the IDF is reviewing the rules of engagement along the border.

Over the course of the month, approximately 123 rockets were launched from Gaza at Israel, out of which 77 rockets hit southern Israel. These figures include the massive rocket attack that took place between March 12-March 14, when a barrage of 70 rockets hit southern Israel, and five additional rockets were intercepted by the Iron Dome missile defense system. This was the most severe rocket attack since operation “Pillar of Defense.”

At the end of the month (March 21), the IDF exposed the opening of a tunnel built by Gaza terrorists near Israeli civilian communities. The tunnel was dug 1,200 meters into Israel. This is the fourth tunnel exposed in the last 18 months, indicating a clear Hamas strategy to create points of infiltration from Gaza into Israel.

Over the past month, two explosive devices were uncovered and detonated in the southern Gaza Strip adjacent to the fence.

The IDF prevented rocket attacks on Israeli civilians by precision-targeting terror squads in Gaza responsible for launching attacks at southern Israel. IAF aircraft targeted a terrorist squad preparing to launch rockets (March 3) and a terrorist squad affiliated with the Palestinian Islamic Jihad, immediately after they fired a mortar shell at IDF soldiers (March 11). 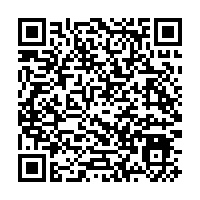