Cadet D. grew up quite differently from his fellow soldiers. He spent his childhood as a shepherd in a small village in Ethiopia, and immigrated to Israel at the age of 17 with nothing more than an elementary school education. Cadet D. fought to get his high school diploma, and continued that fight in the army, where he did everything he could to get into the elite Duvedevan Unit. His dream was to serve as a Duvedan officer – and that’s exactly what he’s doing today.

After he made aliyah, Cadet D. enrolled in an ulpan (Hebrew language school). He was soon approached by Acharai [‘follow me’], a social-educational organization that develops young leadership and promotes social involvement among youths from development towns and absorption centers. They offered to help him enlist in the IDF.  ”I joined the program to improve my Hebrew and to connect to people, and not necessarily because I wanted to enlist,” he recalls. “I really enjoyed it. We went on all kinds of hikes and I really connected to the whole idea of the army. It made me really want to enlist,” he says.

Cadet D. had postponed his enlistment to the army to complete his secondary education. After three years of study, he was finally able to start realizing his dream. When he began his military service, Cadet. D was assigned to the Michve Alon, a base for new immigrants which combines basic training and Hebrew language immersion.

“I was only at Michve Alon for three weeks,” Cadet D. says. “I already knew that I wanted to be a combat soldier. I requested to leave and and join the Paratroopers tryouts, and after I passed those, I was put on a brigade training base. I really wanted to go for the Duvdevan Unit tryouts, but at the beginning they wouldn’t allow me,” he says. “I insisted that they let me try, and after I fought for it they gave me permission. I had a go and I passed successfully.”

Even getting into Duvdevan wasn’t enough for Cadet D. After a short time in the unit, he did a paramedics course, and completed it with honors. “I learned so many things, but most importantly how to treat the injuries of my fellow soldiers in the unit. I really loved it,” he says. If that wasn’t enough, he also completed a physical instructors’ course with honors.

After the paramedics course, Cadet D. completed advanced training and began his service as a combat soldier. At Sukkot time last year, he was honored by the Chief of the General Staff, Lt. Gen. Benny Gantz, for extraordinary service as a combat medic, after saving the life of a member of his unit. “This is my mission and this is the reason I enlisted, so I don’t feel like I performed any kind of heroic act,” he says.

By this stage, Cadet D. felt like there was only one thing missing: he hadn’t yet fulfilled his dream to become an officer. “When I enlisted, they asked me where I wanted to serve. I said that I wanted to be an officer,” he says with a smile, and adds: “I love this country and I feel an obligation to contribute to the state. As an officer I would have a position from which to influence the Ethiopian community and society as a whole. To me personally this is really important.”

But for various reasons, Cadet D. was not allowed to go to officer’s school. A few weeks later, he was invited to a conference with Maj. Gen. Orna Barbivai, the head of the IDF’s Manpower Directorate. Maj. Gen. Barbivai asked Cadet D. if there were any dreams he had not yet fulfilled. “I told her that the answer was yes – my dream was to be an officer,” he recalls. The general took an interest in Cadet D.’s case. “She made the point that I only had another four months until my release from the army. I said that it didn’t matter, that I still wanted to go to the officers’ course, and that if it was approved I wouldn’t think twice.”

Maj. Gen. Barbivai promised to examine the issue. The very next day, Cadet D.’s phone rang – it was the commander of his platoon on the line. “He told me to go to the enlistment center on the next Sunday for officer’s examinations,” Cadet D. says excitedly. “When they told me I passed the tests I did not believe it, and I even cried from all the excitement. I realized that now I had a mission and I had to fulfill it.”

The dream becomes a reality

Cadet D. did not simply accomplish this mission: he accomplished it with honors. During the course, he broke Training Base 1’s record for  the 10 kilometer run and was selected as a model officer during the training course.

It seems that excellence continues to accompany Cadet D. at every stage of his life, but he says that the journey is far more important for him than the result. “The goal is to do the best I can, to connect with people and to be a decent person,” he says. “If you have willpower, you can contribute to the country. There’s no such thing as ‘I can’t’ – that really means ‘I don’t want to’. I always tell my brothers and my friends – if you want to, you can achieve anything.”

And so, seven years after he immigrated to Israel, and nearly three years after his recruitment to the IDF, Cadet D. fulfilled his dream, and proudly received his officer’s pin. “I’m 24 and I chose to become an officer and serve more than four years, “he says. “If you have a dream, you can fulfill it, and if you never give up, you can achieve anything you want.” 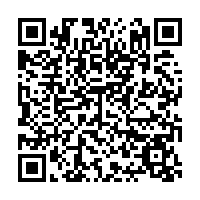