In July 2006, a sequence of events led to the capture of two IDF soldiers by Hezbollah militants, and eventually to the outbreak of the Second Lebanon War. Across Israel, young men and women prepared to defend their country and enter into Lebanon.

Thousands of miles away, in Pennsylvania, Michael Levin was also preparing for the war.

After making Aliyah from Philadelphia in 2002, Michael Levin proudly joined the IDF as a lone soldier. With his family living outside of Israel, he overcame linguistic and cultural barriers to follow his dream and serve as a paratrooper.

As the events leading up to the war played out on television and radio, Michael followed them closely from the United States during his short leave from active duty. He called his friends in Israel every day to check up on them and learn more about their situation. Eventually, Michael cut his trip short and boarded a plane to join his unit in Israel. Upon arrival, Michael entered Lebanon with his unit. As they infiltrated the village of Ayta al-Shaab, the soldiers encountered a heavy firefight. During an extended exchange with enemy forces, Michael and two other soldiers fell in battle. He was only 21 years old when he died.

According to his friends and family, Michael had a positive outlook on life and a special ability to make others happy. “He was an extremely funny guy, always smiling,” recalls Nadav Bello, Michael’s friend from the army.

We will always remember Michael for his courage and bravery, and for the ultimate sacrifice he made for the land he called home. His inspirational story is known worldwide, and people across the globe have followed in his footsteps to join the IDF. Today, the Lone Soldier Center in Memory of Michael Levin works year-round to aid lone soldiers in his honor.

Fallen ‘Lone Soldiers’ Leave a Family and Country in Mourning 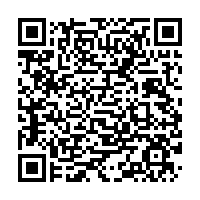