Tzur Alfi was a hero.


For two years Tzur prepared himself, training to be able to join one of the premier elite IDF units – Airborne Rescue and Evacuation Unit 669, a combat search and rescue extraction unit. The unit participates in extraction of IDF soldiers (including Special Ops) beyond enemy lines and seamen in distress. This unit is sometimes also involved in civilian rescue operations, for example, when hikers get lost, stuck, fall off a cliff in Israel’s deserts or canyons.

Not yet 18, Tzur had decided to delay his IDF service for one year, in favor of a year of volunteer service. This does not count as IDF service, it is in addition to IDF service. The program he decided to join was one that included Israelis of different walks of life, boys and girls, religious and secular, with the deliberate goal of creating understanding and unity between the different segments of society who came together with the same goal – to make the country a better place.

When the torrent suddenly flooded the area, it was Tzur’s training that enabled him to grab on to a boulder. It was the strength he had built up that made it possible for him to hold on and withstand the power of the current. He could have saved himself.

It was his willpower that chose, instead, to rescue others.

He helped other teenagers pull free of the current and use his body to climb to safety. One after the other, his friends climbed up him, while he held on.

I don’t know how long he held on. He was their rock, their ladder to safety until his strength ran out and the waters pulled him to his death.

He dreamt of rescuing others – and although he had not yet attained 669 – he did. Teenagers are alive today because of him, thanks to him.

This is what a hero looks like – an Israeli teenager, still in 12th grade, not yet 18.

Service, putting others first, wanting to protect others. These weren’t dreams for Tzur, they were life-goals which he worked hard to fulfill, which he died fulfilling.

And what do you say to the girl who loved him? They were in a relationship for a year and a half, a long time at such a young age. They were rarely apart and in her worst nightmares, Noa didn’t imagine ever having to truly part from Tzur. He was her rock too.

This is a small glimpse into what we have lost. Not just Noa, or Tzur’s family but the entire nation.

There are other Israelis like Tzur, who have the same special qualities, who are full of smiles, love and the desire (and ability) to serve and protect. Every life is precious but discovering that we have lost someone like this, hurts even more. 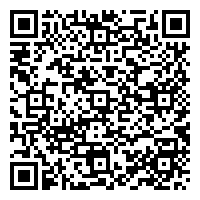