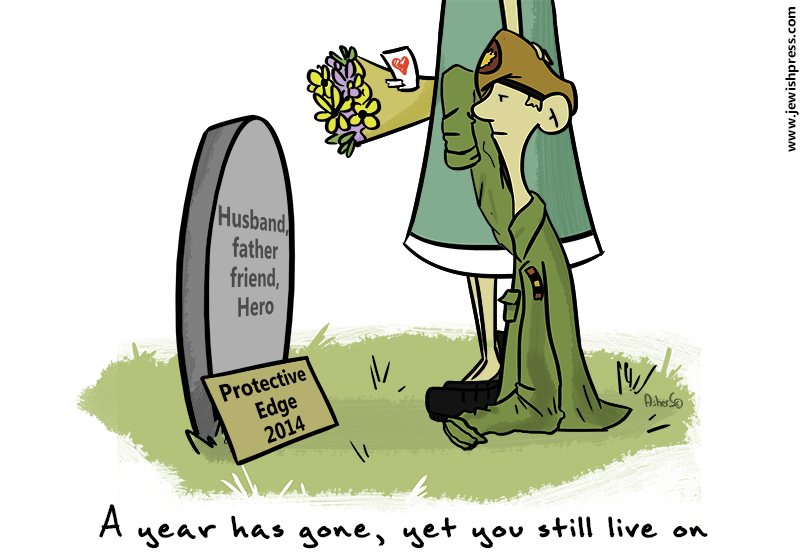 Editor’s note: (This blog was originally posted to the author’s website on July 17, 2014 during Operation Protective Edge, the 2014 Gaza war)

Again we are hearing news of negotiations for a ceasefire between Hamas and Israel. The world media seems jubilant. I am not. I don’t want a ceasefire.

A ceasefire means ceasing to fire. It makes no mention of putting down weapons, or taking a step further and “beating swords into plowshares”. Ceasefire is a temporary pause in warfare that can be resumed at any time.

Moreover as, in this case, we are talking about a conflict between a law-abiding sovereign state and a terrorist organization guess which side will break the agreement and resume fighting?  Actually, there is no need to guess. We have seen this cycle before. We know what the outcome will be.

In 2000 Israel withdrew from Lebanon. The logic was that if the IDF withdrew from the security zone in Lebanon, Israel would have a clearly drawn border in the north and would have international legitimacy in responding to any violation of that border. The whole point of the security zone was to keep Hezbollah rockets out of range of the Israeli civilian population and prevent attacks on northern Israel. At the time I didn’t understand the logic of withdrawing from the security zone. The terrorists were still there; if the IDF was not there wouldn’t they just come closer to the border, putting all of northern Israel in range of their missiles? The answer was, of course, yes. Withdrawing from Lebanon meant that soldiers no longer got killed inside Lebanon; instead Hezbollah crossed into Israel to kill soldiers, stole their bodies, taking them back to Lebanon for ransom. In 2004 they were returned to Israel in exchange for 436 convicted terrorists. In 2006 it happened all over again. Soldiers were again killed and taken for ransom. Hezbollah rained missiles down on the entire north of Israel (2006 Second Lebanon War) – suddenly the civilian population was on the frontline of war (see War in Haifa).  The war ended with a UN ceasefire that banned bringing arms into southern Lebanon. Hezbollah has since rearmed with over 100,000 new missiles pointed at Israel.

In an attempt to appease Arab violence, in 2005, Israel implemented the “Disengagement Plan.” Thousands of Jews were evicted from their homes, the lands that they had cultivated and the towns they built, in hopes that removing all Israeli presence from the Gaza strip would convince the Palestinians to be peaceful.  Instead of peace, we got missiles bombardment of southern Israel. Attacks from Gaza on Israeli civilians are what led to Operation Cast Lead in 2008 and Operation Pillar of Defense in 2012. Each Operation was brought to a close with a ceasefire – the first a unilateral ceasefire on Israel’s part, the second by a negotiated ceasefire with Hamas. Now, in 2014, we are in the midst of Operation Protective Edge and again there are discussions of a ceasefire and how “that is what is best for both sides.”

Gilad Shalit was kidnapped by Hamas in 2006 and held hostage in Gaza for five years. Israel paid for his safe return with the release of 1,027 terrorists. They were greeted with open arms and celebrations by the Palestinian leaders. Rather than expressing regret for their actions, many are on record expressing their pride in the murders they committed and their desire to continue in the same vein – including 24 year old Amra Muna, who spent weeks instant messaging with 16 year old Ofir Rahum, for the sole purpose of luring him to Ramallah where he was murdered by her friends while she watched.

The dramatic release of 1,027 convicted terrorists in exchange for a single Israeli is what motivated the Hamas to kidnap Eyal Ifrach, Gil-Ad Shaer and Naftali Frenkel last month. If Israel was willing to release so many terrorists for Gilad Shalit, how many would she release for three teenage boys?

As I write, my phone rings with notifications of air-raid sirens in Israeli towns. Now in the south. Earlier it was also in the center of the country. Tel Aviv, Jerusalem and even northern Haifa are under threat of missiles from Gaza.

srael via a tunnel dug from Gaza under the security border. Discovered, the terrorists abandoned the weapons they had brought to kill Israelis (see image right) and dove back into their tunnel. The tunnel was bombed but it is not clear if or how many of the terrorists survived.

Two days ago Israel agreed to the ceasefire proposed by the Egyptians. The Hamas laughed. Today the UN asked Israel for a humanitarian ceasefire so that they could try to help the residents of Gaza. Israel agreed. Hamas continued to fire missiles.

News commentators (including Israeli commentators) sit in their newsrooms blithely discussing the possibility of a ceasefire and how “of course Hamas tries to commit numerous and more spectacular attacks just before the ceasefire is implemented so that they can feel victorious.”

I don’t want a ceasefire agreement.

I want my Prime Minister to stand up and explain to the terrorists, the people of Israel and the rest of the world:

“To all those who have misinterpreted our behavior, seeing our restraint as weakness, you have made a dreadful mistake.

For years I and the Prime Ministers before me have led a policy of restraint.  We have reached out with multiple peace offerings only to be refused each time. We have signed multiple agreements which, each time, have broken with acts of violence against the citizens of Israel. We have even agreed to various appeasement plans in hopes that giving in to Arab demands might bring a semblance of peace.

We gave land for peace. We released terrorists from prison for peace. We ignored acts of violence against us, both small and large. The Israeli people have been very patient. Up till now.

Restraint is strength, not weakness. Unfortunately, the neighborhood we live in has a hard time understanding this. We have not agreed not to act, we have only agreed to decide when and how to act. Our strength is in our morality, our dedication to each other and our deep desire to protect innocent people. This too seems difficult for others to understand – not just our Arab neighbors but also people in Europe and other countries around the world who bring accusations against Israel when she is doing nothing but defending herself. We do not attack. We fight back when we are attacked. We do not conquer – except when we win wars. We do not destroy, unless we are destroying terrorist infrastructure. We never hurt innocents – unless it is by accident, unfortunate tragedies that occur during times of war.

I am responsible for the safety of the people of Israel. It is up to me to stand up and say, enough is enough! We are done. There will be no more appeasement attempts. No more land for peace. No more terrorists released as a gesture of ‘good will’. The only thing we will accept is peace for peace.

Israel will not negotiate with terrorists.

To the leaders of Hamas I say, loud and clear, in front of the whole world – lay down your weapons. Stop all terrorist activities immediately, for the good of the Palestinian people.  There are many amongst the family of nations who will gladly support the Palestinian people financially, help them prosper and live productive, comfortable lives. Israel is first in line. We will facilitate the prosperity of the Palestinian people, but this can only be done when there is no more terrorism directed against us.

To the leaders of the world, I say, as leader of my country I have a heavier burden than most of you. I am responsible for the welfare of my people, for their safety as well as the continued existence of our nation. All countries have their complexities however I don’t think there is any other nation on earth that survives and even thrives under constant threat of annihilation. The Jewish people have risen from the ashes of the Holocaust to come back to our historical homeland and make sure that all Jews have a safe haven in this world. My job is to preserve that.

The nations of the world were silent while Jews were being exterminated during the Holocaust. Afterwards, all announced NEVER AGAIN but today, when we are threatened, the nations of the world demand we appease our would-be murderers, “practice restraint” and at the first chance accept whatever ceasefire is offered.

This is unacceptable. This endangers my people, my country and our future. I will not agree to this anymore.

The ONLY acceptable offering is peace.

Israel always has her hands extended in friendship and peace. We are happy to assist anyone in need, anywhere in the world. We have a long history of providing medical support, aid, rescue, technology and innovation to people across the globe. We will continue to do so. The Palestinian people can benefit enormously from friendship with Israel.

To the Palestinian people I will say, it is up to you to choose. Do you prefer the route of the terrorists? That way leads to poverty, anger, misery and death. You have the power to reject the terrorists who live amongst you and choose to live a different way. It is up to you.

Israel will not accept any violence against her. All terrorism must stop immediately. Those who do not stop, we will stop. If anyone, anywhere in the world has a problem with that, I can accept that. I am responsible for my people, not for making others happy. I am not looking to you for legitimacy. I am looking for the survival of my people.

Winston Churchill said that “An appeaser is one who feeds a crocodile – hoping it will eat him last.” One day, hopefully before it is too late, the nations of the world will understand that Israel’s battle is not against the Palestinian people but against Islamic jihadist terrorism which is a threat to the entire world – not just Israel. In the meantime, we will not allow ourselves to be “fed to the crocodile” or go meekly to the slaughter.

Don’t offer us any more ceasefires. The ONLY acceptable offering is peace.” 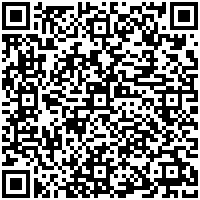