Israel is one of the most misunderstood, misrepresented and maligned countries on earth. The question is, why?


Jew hate? Or because our “hasbara” is terrible? In pro-Israel circles either (or both) of these are go-to explanations however neither are enough to explain the dissonance between Israeli reality and the concepts different people have about Israel – from rabid haters to faithful fans and the ambivalent in between – very few people have a good grasp of what Israel is or what Israel means.

After reading Clotaire Rapaille’s book “The Culture Code,” I think the extreme difficulty in realistically grasping the concept of Israel comes from not understanding our culture code.

Cultural anthropologist and marketing expert Clotaire Rapaille explains that every culture has underlying, unspoken “codes” which form unified cultural understandings or attitudes to important life issues. These are what define the unique identity of different cultures. In the book Rapaille decodes two dozen of our most fundamental archetypes—ranging from sex to money to health to America itself.

His understanding of culture codes is a product of extensive market research which he applied to improve profitability in America and in foreign markets for companies such as GE, AT&T, Boeing, Honda, Kellogg, and L’Oréal.

Rapaille discovered that in standard focus groups, which might last an hour, he would hear what the participants declared they wanted. Through special techniques and longer durations he would begin to uncover the patterns of meaning behind the different declarations made.

For example, the discovery that in America “food” is a code for “fuel for the body” whereas in France “food” means “life” it becomes easy to understand why in America there is less emphasis on the quality of the food or why it is America that brought the world fast food restaurants. In America food is something you do “on the go” whereas in French culture food is an experience to linger over and savor.

In the book, Rapaille explains the challenge of selling coffee in Japan. How do you create an environment where coffee is the staple hot drink in a country where tea is deeply rooted in the cultural traditions? Trying to aggressively compete against tea would not have been successful because of what tea means in that culture. Instead of fighting the culture, it was wiser to introduce a positive association with the product by targeting kids with coffee flavored treats.

Understanding the culture codes enables effective persuasion because it is resonates on an unspoken level, speaking directly to the deep seated concepts that form our cultural norms and motivate our decision making.

As a marketer I found these revelations fascinating but what captured my mind was the idea that culture codes include what countries mean to us.

Rapaille declares that the culture code for America is: DREAM. This makes sense considering that America is known as “the land of golden opportunities,” a place where you can arrive with $20 in your pocket and become a multi-millionaire, a place where anyone can become whatever they envision.

If the code for America is “dream,” what is the culture code for Israel? Could it be that Israel is so misunderstood because the codes other people have for Israel do not match the code Israelis have for our country?

When you ask different people: “What is Israel? What does Israel mean?” the answers vary enormously. On the positive side there is: Holy Land. Land of prophecy. Innovation, Start-up Nation. Resilience. Change. Safe-haven.

On the negative side there is: Oppressor. Bully. Aggressive. No heart.

Both the positive and negative definitions are laden with emotion. Neither truly recognize the humanity of the people behind those big concepts. Tellingly, none match what Israelis say when you ask them what Israel means to them.

There is one concept that unites religious, secular and even Israelis that have been living in America for 15 years. All of them will tell you that Israel is HOME.

One little word, so simple, yet so profound, explains everything about this country of ours.

HOME is the place where your FAMILY is. That’s why, in Israel, family extends beyond the walls of our private homes to include strangers – they are just family members we haven’t met yet.

This is why Israeli cab drivers and shopkeepers think it’s perfectly natural to ask you extraordinarily intrusive questions. Manners are for strangers, with family you can say whatever you want.

This is why strangers will invite you over for meals and even to stay in their home – especially if they think you might be alone on Shabbat or a holiday or if your area of the country is under attack and your kids need a few days rest someplace quiet.

This is why one soldier is everyone’s soldier and why grief is not private. This is why we can argue viciously and immediately unite over an external threat. “Family” are the people that might drive you nuts but you are also willing to die for. Literally.

Israel’s strength comes from HOME. Wherever we are in the world, no matter how much we enjoy it, home is where the heart is. That’s why when there is a war one might expect people to leave but instead many Israelis abroad come back (or at least feel like they should). When your family is in trouble, you stand by their side. Even if you can’t really help, there is strength in being together.

Our resilience and tenacity come from the simple truth that home is the place you don’t give up on. Where else would you go?

People who understand Israel as “the Holy Land” or “the land of prophecy” often find themselves disappointed when they encounter the realities of normal, standard and sometimes very inconvenient life. Bureaucracy and poor service seem incongruent with the concept of holiness.

Those who see Israel as a land of innovation don’t necessarily understand why the same kind of innovation can’t happen elsewhere. Why insist on living in a “bad neighborhood” when true innovators could go work in Silicon Valley or some other place? And why do so many of those who do go, live and work, someplace else still say that Israel is HOME even when they have been away for years? Why do they long for the smells, the food, the warmth of friends and community (family)? Why is it that anywhere there are Israelis abroad you will find more Israelis and when there are enough of them you will find stores that sell Bamba, chocolate spread, Elite coffee and “shkedey marak” (a kind of Israel soup crouton)?

Of course those that see Israel as an “occupier” do not understand that it is impossible to occupy your own home. They see “bully” not a family trying to protect its family members. Because they don’t know, or don’t care to know the truth, they see “no heart” rather than “all heart.”

Does any other nation on earth have a collective home? How is it possible for people born in Iraq, America, Brazil and Russia to all belong to the same home? How can our home be ancient and yet new? Holy and singular yet at the same time cosmopolitan?

These seem like inexplicable paradoxes but they are no different than your parents liking different kinds of food or siblings having conflicting personalities. Facts and figures will never convey what Israel means to Israelis. Diversity or doing good for the world is not a justification for existence. Jew hate is not enough to explain why people don’t understand our reality. Even the most virulent Jew hate is not enough to explain why protecting Israel as a sanctuary for Jews is vital (because why not just address the local cultural problem, teach people not to be violent to anyone?).

It is important to protect HOME because it’s yours. Because that’s where your family is.

Perhaps if we explained THAT to the world, we would be better understood. 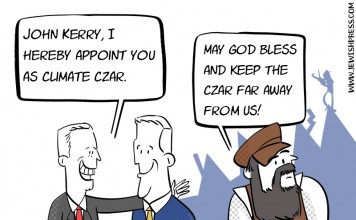 What are You Most Looking Forward to Under the Biden Administration? 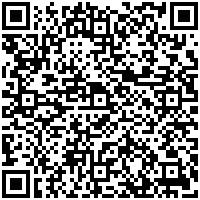