Two of the most significant political questions facing the West today are those of immigration policy and identity politics.


Women’s March organizer, Linda Sarsour, stands at the crux of both and has successfully put pro-Israel diaspora Jewry between the horns of a political dilemma.

Sarsour just raised considerable funds for the restoration of a recently desecrated Jewish cemetery near St. Louis, Missouri. Thus, even as she despises Israel she goes out of her way to help American Jewry.

Meanwhile, as disappointed ideologues from both left and right spit an endless stream of vitriol at U.S. President Donald Trump for everything from corruption to racism, the issues of immigration and identity politics garner the most rancor.

Concerns around both are vital and divisive because they cut a sharp line down the central contradictions agitating the progressive-left and the Democratic Party.

These central contradictions are those between the foundational ideological pillars of  universal human rights and the multicultural ideal, upon which the western-left stakes its moral authority.

The foundational thinking behind the ideals of universal human rights and multiculturalism is grounded in the history of western Christianity, imperialism, slavery, and war as interpreted through the lens of Enlightenment liberalism.

Concepts around universal human rights can easily be thought to bolster progressive-left immigration policies, while the multicultural ideal drives the kind of “identity politics” associated with groups like Black Lives Matter or activists like Sarsour.

The problem, however, is that these foundational ideological pillars are logically inconsistent and mutually exclusive. A person cannot simultaneously support universal human rights and the multicultural ideal if the former must defer to the latter’s disinclination to make ethical judgments between cultures.

It is precisely for this reason that someone like Sarsour cannot support feminism while also embracing Sharia under the banner of multiculturalism. They are mutually exclusive concepts. Western feminism, at its most basic, is embedded within the ideal of universal human rights. The very foundation of western feminism is universal human rights. Multiculturalism as expressed in identity politics, however, insists upon holding individuals to prejudicial standards of behavior according to skin color or gendered orientation.

In this way, identity politics repudiates Martin Luther King, Jr., without his temerity to come out and honestly say so,

And this is part of the reason why the progressive-left claim to moral exemplarism, grounded in social justice, is deeply problematic and why identity politics actually promotes racism, not its diminishment.

The left only cares about social justice and human rights according to where one’s “identity group” falls on the hierarchy of victimhood. In this way “identity politics” draws young people away from notions of individual freedom and equality in favor of a cultivated group victim status in competition with other ethnic or gendered minorities, including the Jewish minority.

Furthermore, it is the left-leaning, post-structural, anti-imperialist political viewpoint which frames the Arab-Muslim war against the Jews in the Middle East as actually an unjust war waged by racist, imperialist, Zionist Jews against an innocent, indigenous people “of color” who therefore have every right to fight back by any means necessary.

This increasingly-pressurized political dynamic puts progressive Jews – who represent the great majority of diaspora Jewry – in difficult social and political positions because increasingly they may either be pro-Israel or “progressive” but not both.

This is nothing new. The distrust and dislike between liberal pro-Israel Jewry and progressive-left, Democratic Party, anti-Zionism has been simmering for years.

“While conservative Republicans favored Israel by a 44-point margin in 2001, the margin is now 70 points. And while liberal Democrats favored Israel by 30 points at the turn of the century, they now favor the Palestinians by 12 points.”

This is the high wire that someone like, for example, Sarah Silverman must cross in an intensely public way. Silverman does not share this problem with Bernie Sanders because Sanders is not particularly pro-Israel to begin with.

Silverman honestly is pro-Israel and, if I judge her correctly, she is someone going through the process of sorting through and rearranging her political baggage.

{Shortly after the recent election Silverman interviewed Sanders and I put together a little audio something in response.}

But she is a stand-up and an actor, not a politician, so she gets the benefit of the doubt.

Nonetheless, Silverman represents stresses within the diaspora Jewish community between their allegiance to universal concepts of social justice and Tikkun Olam versus the well-being of the Jewish people as a distinct national group. Although diaspora Jews have shown a remarkable loyalty to social democratic ideals, the people who most strongly vouch for those ideals – i.e., the international Left and the Democratic Party – do not reciprocate the friendship as we see from the Pew Research Poll (above) published in the Washington Post from last month.

The reason for this is because western progressives increasingly see Palestinian-Arabs as innocent, indigenous “Davids” bravely facing-off against the malicious, invading Zionist “Goliath.” They also – in a manner both racist and condescending – view the great Muslim people as without agency and, thus, without responsibility for the foreseeable outcome of their own behavior.

And it is for this reason that so many western liberal Jews favor either loose immigration policies or open borders. To do otherwise is conceived as a betrayal of essential Jewish values of kindness, fairness, justice, and compassion. It is also seen as a betrayal of the coastal, anti-Trump resistance which can easily cost people friendships and jobs.

In other words, unless western Jews favor the unvetted importation of millions of people from among a population that generally despises us… it makes us racist.

If we object to bringing these millions into our home countries without responsible vetting procedures – despite the fact that for thirteen hundred years we lived under Arab-Muslim imperial rule as second and third-class non-citizens – this makes us terrible people and Islamophobes. Even though much of the Arab religious leadership continues to screech for the genocide of the Jewish people, diaspora Jews are irredeemable, backwards, xenophobes for merely desiring the exclusion of jihadis into our home countries.

{Why should western Jews care, after all, if their own kids get harassed by anti-Semitic anti-Zionists during their college years after forking over perhaps hundreds of thousands of dollars in tuition?}

Nonetheless, I probably speak for something close to a majority of diaspora Jews when I say that we welcome immigrants from anywhere in the world into our home countries.

The only thing that we ask is that they pass through regular legal channels and not include jihadis among their number.

Given the history of the Jewish people under millennia of Christian and Muslim domination, this seem like a rather small and commonsensical request. 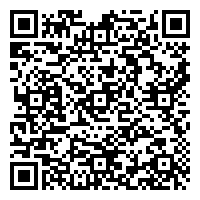