One of the most pathetic and hypocritical aspects of contemporary western campus politics is the Crybully / Snowflake phenomenon.

University administrations throughout the West have brought back en loco parentis in a manner that would have absolutely disgusted – in its treacly infantilization of young adults in “safe spaces” – college students from the 1960s and 1970s.


Young radicals from that period would not have demanded common spaces where they could suck their collective thumbs, while instigating hatred toward white people and Jews who stand with Israel.

Whatever they may have thought about allegedly insidious white-anglos, radical students from the 1960s – who were mainly middle-class white-anglos, themselves – emphatically did not want the university administration’s parental embrace. What they wanted, frankly, was for the administrations to get the hell out of their faces and to stop enabling the “war machine.”

The late 1960s, and the early 1970s, saw the emergence of a hodge-podge of radical types ranging from the Panthers to the psychedelic-counterculture people to the variety of hard political types, blending criticisms of race and gender with economic class, to those like the Weathermen who wanted to burn the “system” down entirely.

But whether these young people wanted social and economic justice for non-white people or women or Gay people, or whether they wanted to end the Vietnam War or to float away into a haze of smoke and acid, the very last thing on this planet that they wanted was to be treated like small children by parental university help-mates.

What they wanted, more than anything else, actually, was the freedom to be who they are.

And it is this that makes the Crybully / Snowflake phenomenon on today’s university campuses pathetic. It is not merely that the university infantalizes these students, but that the students infantalize themselves when they go into such rooms, sometimes containing coloring books and stuffed animals.

At Brown University, or so Judith Shulevitz tells us in the New York Times, the “safe spaces” are:

intended to give people who might find comments “troubling” or “triggering,” a place to recuperate. The room was equipped with cookies, coloring books, bubbles, Play-Doh, calming music, pillows, blankets and a video of frolicking puppies, as well as students and staff members trained to deal with trauma. Emma Hall, a junior, rape survivor and “sexual assault peer educator” who helped set up the room and worked in it during the debate, estimates that a couple of dozen people used it. At one point she went to the lecture hall — it was packed — but after a while, she had to return to the safe space. “I was feeling bombarded by a lot of viewpoints that really go against my dearly and closely held beliefs,” Ms. Hall said.

When did the university experience become kindergarten?

Why do university administrators insist upon treating young adults, who are old enough to fight and die in war, as 8 year olds? And why are so many students seem eager to avail themselves of their own dimunition?

But this is just why the Crybully / Snowflake Phenomenon is pathetic.

If it were merely pathetic I would not bother writing about it because, so what? If students who think of themselves as on the cultural cutting-edge wish to be pathetic, who am I to say “no”?

The thing is, of course, they aren’t children and many of them carry anti-white and anti-Zionist hatred which they wield with abandon. That is, many of the the same people who require safe spaces are also the same people who spit hatred at whiteness, defame those Jews who refuse to toe their political line, and encourage violence toward cops.

Here, for example, are a bunch of student racists, just days ago, refusing to allow white kids through the main gate of UCAL, Berkeley:

And this is what makes this creepy campus political trend hypocritical and entirely toxic.

A student activist cannot, after all, be racist and anti-racist, both, at the same time.

A student activist cannot call for the blood of random Jews in Jerusalem (in calls for intifada) while simultaneously requiring that the university provide a special place to rest their head from trauma if the mayor of that town drops in for a chit-chat.

If today’s crop of college radicals wish to spit fire at white people, and Jewish supporters of Israel, for our decadent and evil ways, that is their right, but one cannot inspire hatred toward others while also demanding child-like coddling from public universities.

And why would any self-respecting young political activist want such coddling, anyway?

Coddling, after all, is not the stuff that young rebels are made from… or is it? 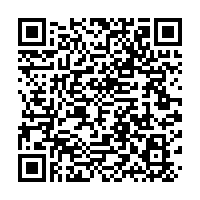