Over the years I have gone to numerous talks and conferences on the Israel-Arab confrontation. Most have been interesting. There’s always something new that I learn at these events. But the conference on “The Jordan Option – the Ultimate solution” that I attended on Tuesday, 17th November at Jerusalem’s Begin Center, was different from any event I have ever attended. It went beyond mere words and actually offered hope for a brighter future for this region.


The conference was an all-day affair that featured over a dozen speakers who covered all the aspects connected with the issue of how through a drastic change in Jordanian leadership, a major breakthrough can be made in resolving regional conflict.

I was unable to get to the conference when it started at 9 a.m. so I missed two outstanding speakers – Knesset Member Yehuda Glick and Mordechai Nisan. But just after we took our seats, Martin Sherman, writer, political and strategic analyst laid out the basic imperatives for the survival of Israel as the nation-state of Jews. I have heard Sherman speak many times and been a keen reader of his articles for years and his delivery was clearer and more convincing than ever before. I only wish that more of my many Left Wing friends could have been there to hear his presentation.

Historian and author Edy Cohen spoke about the present king of Jordan, Abdullah, and dealt with his hostility towards Israel. Though I have followed the little fellow’s regular verbal lashing against Israel – contrary to his father’s friendly attitude – I had not fully internalized the extent and nature of his hostility Till hearing Edy Cohen’s speech, I must have continued being lulled by the positive attitude towards Israel by Abdullah’s father, King Hussein.

Writer Rachel Abraham made it absolutely clear that Jordan commits grave human rights abuses on a regular basis. The first ten minutes of her delivery were very good, and we got the picture clearly. Jordan is actually an apartheid state. But the lady dealt with the subject in a very thorough manner and after a period that was much longer than what was allotted to other speakers, the audience became restless.

One woman in the back suddenly jumped up and yelled indignantly that Jordan is not the only country that imprisons people without a trial. She mentioned that in Israel such things happen, adding examples of even children being incarcerated. The woman was clearly on a roll and brooked no interruption of her harangue by Rachel Avraham, who nevertheless remained calm.

After a few minutes of angry shouting, Ted Belman, as the moderator, managed in a very diplomatic manner to end the tirade, also pointing out her erroneous comparison between Jordan and Israel.

If Avraham learns to edit and tailor her speech – like any good writer — she will be yet another formidable presenter of some of the not-generally-known tendencies of Israel’s neighbors.

After a coffee break, Geoffrey Clarfield, an anthropologist, with extensive on-the-spot research in Africa and the Middle East, who also spent a year living among the Bedouin of the Sinai, presented rare insights from a perspective comparative ethnography, a field that has been hijacked by the left and is absent from almost all political discourse on the origins and loyalties of local Arabs. A brilliant speaker – more of a raconteur he made his subject come alive.

Sharing the platform with him was Salim Mansur, professor of political science, originally from India, living in Canada, who also delivered an excellent talk on Israel’s positive role in the Middle East.

After a complimentary luncheon – Ted Belman clearly thought of everything – we all trooped back into the auditorium to hear Ted himself give a talk on the Weizmann-Feisal Agreement and the damage caused by Winston Churchill. I am pretty sure that most of the audience knew something at least of the famous agreement between the two leaders. What was news to me was Churchill’s role in downsizing the proposed Jewish state and subsequent changes made in British Mandate policies that were unfavorable to the Zionist Enterprise.

Michael Ross tackled a subject that needed a skillful delivery in order not to be tedious to the audience – already becoming somewhat satiated by the huge amount of information that we had absorbed till that point. But he clearly had the skill and the presence to present the complex subject of  Palestinian citizenship. I knew about the Kingdom of Jordan discarding its rights over Judea and Samaria, but I had no idea of the labyrinth of rules and regulations involved in determining who is a Jordanian citizen. It complemented Rachel Avraham’s talk.
Then Ted Belman and political activist Jeremy Saltan came on the stage to discuss policies that Israel should follow to encourage Arab emigration and the death of the two state solution and emerging opportunities. Yishai Feicher, broadcaster and spokesman of Hebron Jewish community was the moderator. Again, the audience heard three excellent speakers.

During the entire conference we had seen a dapper-looking man wearing a traditional Beduin kaffiyah and agal, intently listening to all the proceedings. Abed Al Maala was then invited to take to the podium. An elder in the largest Beduin tribe in Jordan, the Bani Hassan, Al Malaa has been an outspoken opponent of the Jordanian regime for more than 27 years, even addressing Congress and a number of American universities.

He spoke about the rampant corruption of the Jordanian royal family and the dire need for a take-over as soon as possible. He spoke of the poverty in his country and the bitterness that many Jordanians feel for their King. Needless to say the man must be fearless to act the way he does. How he has survived all these years is a mystery. Despite giving a rather unpolished talk in halting English, the audience gave him a rousing ovation after his talk. Many actually stood up to show their appreciation.

Then it was the turn of the star of the day – Mudar Zahran. He is the leader of the “Jordanian Opposition Coalition,” and sole political representative of 6.1 million Jordanians who identify as Palestinians. A member of one of Jordan’s historically influential families, he is Western-educated and holds several graduate degrees from the US and the UK, including a PhD.

He was sentenced to life imprisonment for “insulting the king” and “seeking to change the society’s structure.” He now lives in exile in England, needing to change his secret abode from time to time in order to avoid assassination. Zahran appears frequent on many global and Arab TV networks, and also writes for several Israeli, American and Arab newspapers. And he is talking about overthrowing the king and fully repairing Jordan’s relationship with Israel. Many people came especially to hear him. What made his presence all the more interesting was the nasty comments in various Israeli media by some of the most respected journalists. Comments that seemed to protest too much to have much validity. So there we were, waiting.

But … he didn’t come. His flight from London had been held up and he was unable to find an alternative flight to Israel in time for the conference.

And to the rescue came Skype. A connection was rigged up and Mudar Zahran appeared on the large screen, giving an stirring speech in polished English on his aims. This was followed by Ted Belman asking Zahran questions by members of the audience that had been written on cards and strips of paper. The impression that Zahran gave was of a man who has the capability and the personé to realize his goal.

It had been a long convention with some truly outstanding speakers and a lot of new information. But the main thing I personally took away – and a lot of other people I spoke with agreed – was a feeling that the impasse we have with Jordan and our neighbors in Judea and Samaria can be resolved. We must hope and pray that Mudar Zahran realizes his goal … and soon. 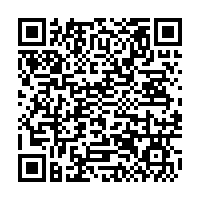