Israel to Pay Wages of Reform, Conservative Rabbis Although the court ruled in 2009 that the state should pay up, a dispute arose over how to define non-Orthodox rabbis, which prevented the agreement from being finalized.

The Reform movement insisted its leaders be called “non-Orthodox rabbis,” while the ministry of religious services — which is controlled by the ultra-Orthodox Shas party — insisted on calling them “community heads.”

Unlike Orthodox community rabbis who are funded by the religious services ministry, the Reform and Conservative rabbis will receive their salaries from the ministry of culture and sports. Gary Dunn, The Australian Eye

I believe the intriguing headline below is a typo, I don’t think the threat of destorying Israel but rather of destroying her was upsetting the author. Still, spell checking is almost essential in disseminating one’s diatribe…

Next Target for Reform & Conservative Jews to Destory: Israel As if these movements have not caused enough damage to Judaism in Diaspora and Europe, let’s bring it to Israel too. I just read in the Ynetnews.com that Israel has recognized Reform and Conservative Rabies as Jewish Rabies and they will receive state funding. I am not going to argue these movements’ political standing because it varies from one spectrum to another. However, why is it so important for these two movements to be recognized in Israel? Don’t they have enough power in the U.S? What is left of them in the U.S? Has their membership market finally run out of members that they are looking to Israel to find supporters? Didn’t the Reform movement argue that it is a form of Judaism that is designed to address the American and European needs? Why do they need to establish themselves in Israel? For more by Ben Kahen, ESQ., go to: The Light At the end of the Tunnel

OK, now how about a Reform Chief Rabbi? Too soon? Not if you ask Dr. Mendy Ganchrow, past president of the Orthodox Union, and former Exec. VP of the Religious Zionists of America.

No civil Court, no government has the power to recognize those who desecrate our Torah.

The next thing will be for some jokers to lobby for a “chief Rabbi from these groups. Mendy Ganchrow, M.D.

And now, something from our non-religious friends, who must have ambivalent reactions to the acceptance of yet another religious authority in Israel, when all they want is a little more Godlessness…

Israeli Reform & Conservative Jews Have The Wrong Idea No Zionist is opposed to Israel’s cultural expressions of Judaism such as designating holidays, employing certain symbols or speaking Hebrew.  But the approach of these liberal religious Jews betrays their own prejudice that Judaism is first and foremost a religion.

The state should remain completely neutral in all matters of faith.  No religious councils.  No state funding of synagogues.  No state rabbis. Not that long ago, certain religious types began changing the words of the IDF’s Yizkor (memorial) reading.  Instead of “Yizkor Am Yisrael…May the People of Israel Remember,” they recited “Yizkor Elohim…May God Remember.”  So the IDF had a special committee study the issue.  The original – and secularized – wording was restored.  Still Jewish, but silent about faith. Rabbi Jeffrey Falick, The Atheist Rabbi

Next, a profile of the main plaintiff in the Reform case against the state. Now, to my frummie friends (which, come to think of it, comprises all my friends), just cuz I’m citing it don’t mean I’m endorsing it. OK? Pheew…

Battling in the Courts and Planting the Grassroots: Rabbi Miri Gold speaks to the non-Orthodox Jewish experience in Israel “I didn’t fit the mold,” explains Rabbi Miri Gold of Kibbutz Gezer, “Lighting candles on Shabbat without the blessing was just too culturally Jewish for me—something was missing.” Gold recalls that Orthodox kibbutzim, “as liberal as they were in their own way,” weren’t Jewishly comfortable either. From this state of alienation, Gold went on to become a member of Kibbutz Gezer in 1977 and from there, slowly found her way to becoming an ordained Reform Rabbi. 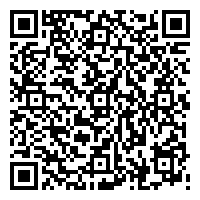