According to a complaint filed in Federal Court, Nancy Genovese, a mother of three, was arrested for taking a picture of the decorative shell of a helicopter on display in full public view near the entrance of the Gabreski Airport in Suffolk County, New York.

While shooting the chopper from her car, she was approached by a Southampton Town Policeman, who demanded to know why she was taking photographs. The cop notified the Suffolk County Sheriff’s Office and the authorities at Gabreski Airport that Nancy was posing a terrorist threat.

Among those responding to the call were airport officials, Homeland Security, the FBI, the Southhampton Police Department, and the Westhampton Police Department. Genovese and her 18- and 20-year-old sons were questioned for six hours by the side of the road by everybody in range wearing a uniform. It’s not a very busy airport. it’s not like they had better things to do.

This went on for quite some time, and involved many different kinds of humiliation and threats, including a lot of needless jail time and being placed on suicide watch – and also some cash is missing, don’t ask. Read the whole thing, if you’re into this kind of entertainment (of course you are). But the lesson we take from this really bizarre story is:

Seriously, it’s something I’ve learned a long time ago, and just goes with their territory. Cops Scare Easy, and so when you run up against one of them, think of him as Bambi, fragile, and frightened out of his mind. But it’s Bambi with a sidearm, so be even sweeter.

Tania, a female Jewish Orthodox student at Yeshiva University with an international background. She says she attended a wide range of Orthodox institutions from the right to the left. In her blog, Thinking Jew Girl, she goes into School, Peace in the Middle East, Orthodoxy (whatever that means), women’s rights, shidduchim, engagements, weddings (that’s three different aspects of the same gigantic issue), food, politics and anything else (I think she may have left out only figure skating and philately).

Yesterday, a reader wrote her: “I’m worried I will never get married. Do you have any suggestions of how I can avoid this nagging feeling? Do you have the same problem?”

If I had a dollar for every time some friend told me she was afraid she’d never get married… My humble opinion is that getting a good shidduch is a lot like finding the right home: the range of the supply depends on the demand. Or, in other words, it’s all about expectations and standards.

I’m saying it even though I actually found my loved one of many, many years all by myself, without the help of a shadchan. Back then we were a little looser, if you know what I mean. And I’ve stuck by the same lovely person ever since (we’re in our fourth decade together, in case you’re curious).

Tanya writes back: “I totally understand and empathize with your feelings of frustration.”

She continues with a heart breaker:

“About a year ago, I went out with this guy who was ten years older than me… It was the best first date of my life. He had huge warm eyes, a friendly demeanor, a genius mind, he was tall and cute, and the conversation had this awesome flow, positive energy, and I was sitting there thinking ‘Oh my Gosh! This guy is SO cute!'”

But then… “A month later at midnight he dumped me.”

To find out how Tanya managed that one and what she’s doing every day to stay sane and not slip behind in her YU work, visit her blog and say hi from Tibbi.

Four guys in black ski masks, tied up and beat Robert Klein, 25, an Orthodox guy from Brooklyn, until he told a rabbi he was giving his wife a get. 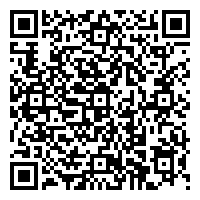