I just met Lenny, an American Jewish philosophy professor, on the bus from Tel Aviv to Jerusalem. We chatted the entire ride. Lenny informed me that he was here in Israel as a member of the MERETZ delegation from the States, and essentially he was here to make peace between Israel and its neighbor.

Now, normally, I don’t engage too deeply with people on the complete opposite side of the political spectrum. And before you yell at me, hear me out. I am right- wing. Quite. Duh. I’m not really that middle- of- the- road, nor are my opinions “developing” or “fluid.” I also like people and want them to like me. And one way to ensure someone won’t like me is to have a screaming match with them about politics. And therefore, I try not to engage to the point where this might occur.


Back to Lenny. He said he was here with Meretz. I kept my eyes from rolling straight back into my skull, because I’m an adult. Then Lenny said, “well, we’re both Zionists, so we can build on that!” I paused. I asked him, “Does Meretz really consider itself Zionist?” He responded affirmatively and I realized that, like their religious observance, generally people think that their Zionism is the correct way to do Zionism. So that was a good starting point.

Throughout the ride we found lots to agree on- the miracle of Israel, the fact that academia has become an impossible place to be a Zionist, the incredible people who live here, the shameful lack of assistance for some olim that causes them to leave.

We disagreed on more. The African refugee/migrant problem (semantics play an issue). Changing demographics- he believes Jews will soon lose their demographic majority, I don’t. We were on the same page about BDS until he told me he won’t buy from “the Settlements.” I told him to please change “settlements” to “Jews” and be aware that he is boycotting Jews. Boycotting Jews like the Germans did in the ‘30s. Then he said his father was a survivor and we just agreed on a lot of Holocaust stuff for a bit and got back on track.

He tried to make me believe that the conflict was about land, while I think it’s religious. I begged him to please not equate Bibi with Abbas (Meretz despises no one on earth more than Bibi, I learned. His name came up many times, as he is apparently the root of all evil in this country. Who knew?)

At one point I tried to turn around and get back to my 12 waiting games of Words With Friends. Lenny kept the conversation going. And I realized this. Lenny is an idealist, I am a realist (although he’d say he’s a realist and I’m a pessimist.) He genuinely wants everyone to be happy and content here and I worry mostly about the Jews in Israel and our safety and well-being. He believes we have peace partners (it’s not his fault, I’m certain Palestinian reps are telling Meretz reps whatever they want to hear) and I think that’s just a fantasy.

So much of what divides us is our vocabulary. Lenny always called them “settlers” and I call them “citizens.” Lenny only calls Judea and Samaria “the West Bank.” Lenny talked about the “hilltop youth”- a not large group of nationalists who have become a bogeyman and a convenient parallel for Muslim terrorists. Lenny called the Africans “refugees” while they have also been referred to as “migrants.” We come from such different places- he in secular American left- wing academia, me in Modern Orthodox right- wing Israel advocacy.

But at the end of our trip, we talked about what we agreed upon- a strong, safe, Jewish Home for us all. We shook hands, wished each other well and I can only assume he’s writing a blog post about me as we speak!

Good luck with everything, Lenny, and keep fighting the good fight! 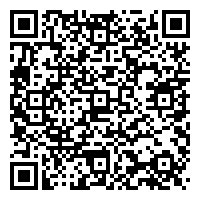