I thought this blog post would be about looking for an apartment. I had planned to write this whole post about my madcap search for the perfect home with roughly ten dollars to my name. But at this point, what is going on in my city is so much bigger than what is going on in my life and I am compelled to write about it. Here is the usual preamble: these thoughts are my own, you may not agree with them but they are based on my upbringing and my experiences, yadda yadda. Truth is, notwithstanding a blurb about supporting Jews living in “the Settlements” and attending a pro-police rally last week, I keep this blog pretty “Center- Right.” If you actually know me, though, you will note that I am actually much more “Right-Right” and that will be reflected in what I am about to say. I experienced the “Second Intifada.” I was a naive 17-year old, spending my seminary year in Jerusalem when bombs started exploding in crowded areas and buses were being blown up. I remember the mood of that year with perfect clarity. I remember not taking one bus from October on. I remember being forbidden to enter the mall, the Machane Yehuda market, and most especially the center of town. I remember the group text messages from my school inquiring about where we were during attacks, I remember calling any and all friends to make sure we were all safe. I remember spending exorbitant amounts of time just roaming my own tiny neighborhood, because most other places became out of bounds. And mostly, I remember the fear that lived inside me imperceptibly, always just a tiny bit anxious and unsure. See, that is the whole point of an Intifada. It is meant to disrupt your life, to keep you indoors, to make you suspicious of everyone, all the time. Now I’m not saying that is the current mood here in Jerusalem, thank G-d. But I am saying there are rumblings. There are conversations in Whatsapp groups that look like this:

X: Guys, we were just in town and heard a boom. Don’t come in to town if you can help it. Y: Oh my gosh! Are you okay? X: Yeah, I just ran away and I’m heading back now. Z: Shoot, I needed to go into town to pick something up! Should I not go?

Obviously, there is nothing intrinsically terrifying about going into town or taking a bus right now. But over the past few weeks, Israel has seen a considerable amount of terror by so- called “lone wolf terrorists” which is most certainly taking it’s toll on the Jewish population here. There have been several terror attacks committed by Israeli Arabs and Palestinians who have rammed their cars into innocent civilians getting off the train near Arab neighborhoods in Jerusalem. One of those murdered was a precious 3 month old baby, on her way back from her first visit to the Western Wall. Other attacks more recently have included stabbings and shootings, and the targets have no discerning connections. Border police have been targeted and yeshiva students. Babies and the elderly. Residents of “the Settlements” and denizens of Tel Aviv. The only requirement to be a target is to be a “Jew,” even if the victim eventually turns out to be Druze. And it is no longer “the Palestinians” who are claiming responsibility for the terror. It is more often than not Israeli Arabs, who live in Arab towns alongside Jewish ones, with the full rights of Israeli citizens. They are being inundated with the directives to “rise up” and “kill the Occupiers” with billboards and television commercials, radio addresses and Mosque sermons. They are being encouraged to stoke the flames that the Israeli government (in my view) seems unwilling to properly subdue.
Ahhh the government. For the most part, I support what the government has to say. The rhetoric matches mine to the letter: “We will not tolerate this terror. We will catch and persecute the terrorists. We should take stronger steps to punish those responsible. We will not allow this to continue.” And yet, continue it does. We build concrete blocks at train stations, we chase stone throwers, we apprehend the terrorist. But we also treat said apprehended terrorist at our incredible hospitals. I know what you may be thinking “What kind of monster won’t treat someone who is injured?” Well, I guess I am the kind of monster who is picturing my family member who was just hurt or murdered by that terrorists, not really concerned with his physical well-being. But that’s me. I guess I’m the kind of person who is more concerned about the safety of myself and my friends and family than the rights and feelings of the community stoking the flames of aggression and terror against the Jewish people.
It is hard for me to remain neutral in this situation, it brings out the radical in me, the Kahane-loving, orange bracelet- wearing, Temple Mount- reclaiming, Blue and White- bleeding, crazy Right Wing-er in me. Does this mean that I would, G-d forbid, be involved in some counter- extremist measures? Never. Does this mean I will start throwing rocks, or yelling at random Muslim passersby, or comporting myself as anything other than the model Jewish Israeli? Absolutely not. But it has most certainly shown me that the government needs to take stronger and more forceful steps to avoid further aggression. We can’t keep putting Band-Aids on bullet wounds and we can’t keep putting up barriers to protect ourselves after we’ve already been attacked. We can’t blame this on “the Settlements” because the attacks are in Tel Aviv too, and we can’t blame this on the IDF, because they are attacking babies and the elderly. We have to be honest with what we are facing, as uncomfortable as it makes those liberals among us and realize that as much as we want this not to be happening, it is happening, and we need to remain unified if we want to stop the terror now.
You know I can’t leave a blog post without optimism so allow me to tell you a little story. I was having a talk with a fellow recent new immigrant to Israel. Like me, her birth country is friendly to Jews and relatively safe (ie- not France). She said to me “Jords, I’m scared and sometimes I feel like I wanna go home. Do you ever feel that way?” Mind you, this girl is a real- deal Zionist and left a super- easy life to come to Israel and start her family here. And i looked at her and said, “Sometimes I do feel like I want to go back to America, but only really to see family and friends. And go to Target. Because America really isn’t my home anymore. This is my home.” Am I the best Zionist in the world? (yes) No. I am just someone who moved here, knowing that life would get rough and that we had some very angry neighbors and that life might get kinda scary sometimes. But I also know that this is where I’m meant to be, that the struggles in Israel are my struggles too and that that this is my home, and I’m staying. 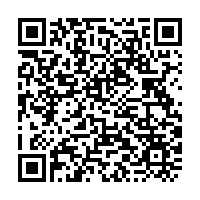