Even though the UN is entirely useless, run by dictators and human-rights abusers and holds no credibility with anyone with a functioning brain, it exists, it’s in the newspapers and it shuts down all of New York City for a few weeks a year. It’s an international joke that has gone on too long and whose only recognizable function at this point is to pass umpteen resolutions demonizing the Jews. Oops, I mean Israel.

If you don’t care about Israel, or it’s just not on your radar (but then, how did you get to this blog? I digress) the UN is a benign and impressive building with a bunch of colorfully dressed dignitaries who have cars they can park anywhere. They function away from your eyes, don’t accomplish much and really don’t affect your life in any way. You might visit the building on a class trip or read an article mentioning that they are having their yearly sessions that week. But if you are Israeli or a supporter of Israel, you know that they do have one other very important function. They are there to ruin the international reputation of your homeland. They convene once a year to collectively and decisively condemn every aspect of your beautiful, democratic country- repeatedly. Every. Single. Year.

But why Israel? You might ask. If you are one of Israel’s many detractors you may think “sure, cite Israel along with Saudi Arabia, Syria, Sudan and all those other human rights abusers.” The problem with that thinking is that you don’t hate Jews and Israel enough! If you were truly like the members of the UN, you would realize that Israel is the perfect scapegoat for all the world’s problems. You would appreciate the vile dictators and disgusting countries that make up the human rights councils and security councils and education councils, whose sole purpose is to come up with new and exciting ways to call Israel “the worst.” These countries calling Israel “the worst,” it should be noted, are largely Arab or Arab-majority, human-rights abusing, non-western, oppressive, violent and anti-Semitic regimes who, through oil money and intimidation, have come to run this farce of an organization.

Perhaps the UN started with the best of intentions, but it has devolved into an anti-Semitic cesspool where the patients are running the asylum (I’m really fired up, forgive me.) So why do I even care what happens there, you might ask. Generally, I don’t. Usually, I can laugh at the rantings of Arab dictators at the plenum, and roll my eyes at the unending stream of condemnations of Israel, blaming us for everything from environmental ills (Israel is one of the greenest countries on earth) to women’s rights abuses (Israel is the only liberal democracy in the entire Middle East.) Plus, Israel generally has the support of the western world (specifically the US) at the UN so it curbs any real damage. Except for when things like what happened yesterday occur. Except when things like my former president (I still hold American citizenship but take pride in this man no longer being my head of state) Barack Obama decided to aim one last parting shot at the country for which he holds such disdain.

“Israel must recognize that it cannot permanently occupy and settle Palestinian land.”

In his final address to the UN and the world, as he has done for the last 8 years, he blamed Israel for the lack of peace while cushioning it with a plea for Palestinians to stop inciting their citizens to murder Jews, so as not to completely upset his liberal Jewish fan base. In that one sentence, he disregarded all offers for peace short of national suicide and gave Israel’s detractors, enemies and terrorizers another weapon in their arsenal. “See?” Israel’s enemies say “Even the president of your best friend America, even the country with the most Jews outside Israel, even the most powerful democracy on earth thinks you are occupiers, colonizers, thieves.” They will continue to call our legitimacy into question, to ignore our indigenous rights, and to extend their fallacious narrative but now with a one-sentence soundbite from the leader of the free world. Just Google his speech and “Israel” and that quote is in the sub headline of every article. Not the part about Palestinian incitement. Not the part about the Palestinians needing to recognize the legitimacy of Israel. He said those things, but you’ll have to read the whole article to find them, and most probably won’t.

The reverberations are not hard to predict. The BDS movement will place this statement on their literature and placards. The UN will continue to do what they do, but without the conscience of the pesky US to tell them what they’re doing is wrong, and the entire world will become a more dangerous place for the Jews. Because, as you should know by now, Israel is a proxy for the Jews. Even if you are a Jew that hates Israel (and, by the way, if you are- yuck) that man in Ireland, Africa, Abu Dhabi hears “Jew” and thinks “Israel” and vice versa. So Obama telling the world that Jews in Israel are permanently occupying Palestinian land, when actually they are living in their native homeland (like they have for 3,000 years) isn’t just wrong- it’s dangerous. It is not surprising, given Obama’s clear disgust for Israel (if you are shaking your head in disagreement, please let’s revisit this topic in 20 years when he is hawking anti-Israel diatribes like a modern-day Jimmy Carter.)

As you know, I always like to leave on a hopeful note, so let me try and turn this around. Obama will be leaving office in around 120 days. For me, that’s wonderful. But his legacy (which my liberal friends love and I despise) remains. And he is leaving the country in the hands of either Hillary (more of the same, especially when it comes to Israel, sadly) or Trump (the definition of the phrase “Oy vey”) so I can’t even look forward to his exit the way I planned! So I will say this: Israel was here before the UN and will be here long after. The children of Israel have suffered pogroms and libels, expulsions and genocide- they will continue to survive. And because we as a nation have a strong, just and beautiful country of our own, we will also thrive. Because, as you know, Am Yisrael Chai.

Why Blow the Shofar in Elul?

Analysis: Jews Vs. Arabs May Yet Blow Up the DNC Convention this Summer 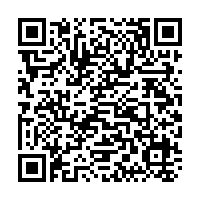