I would very much appreciate if you would share this letter with J Street’s board members in hopes that we Jews can engage in a friendly discourse,

As I understand it, while J Street presents itself as a pro-Israel organization, it does not accept the idea that Israel is my country right or wrong. It believes that Israel can never achieve peace with its Arab neighbors unless it come to grips with its mistakes and failures.

To accomplish its goals, J Street seems to be training young people and influencing legislators to withdraw their support from Israel until Israel adopts policies that will encourage their Arab neighbors to agree to live together with Israel in peace.

Perhaps you believe that your organization is like a Jewish mother. You love your children but you scold them for the mistakes they make. If that is your role, then J Street deserves to be supported and listened to.

But this is what I don’t understand. Palestinian leadership in Gaza (Hamas), in Lebanon, (Hezbollah) and in Ramallah, (The PA) have all maintained that their goal is not peace, or the achievement of a country of their own, but the destruction of Israel. I’m sure your translators can provide you with their statements expressed in Arabic that are bloodthirsty in their hatred for Jews and Israel.

So my question is, is there anything other than national suicide that Israel can do to help their adversaries wash out the shame of the establishment of a Jewish state on land claimed by the Arabs as their own? You will recall that in 2008, Israeli Prime Minister Olmert offered to return the entire West Bank plus extra acreage only to have his offer ignored. Other prior offers received the same response.

Shouldn’t the history of Arab rejectionism be included in J Street’s pro-Israel narrative? And while we’re at it, why does J Street not have the desire to compliment and be proud of Israel for all the good it does, the countries it helps, the people it cures (including Arabs), the kids it educates and the water it desalinates distributed to all the communities including Arab ones.

If J Street does not believe that Israel is my country right or wrong, then what can it possibly accomplish by presenting itself as a Jewish organization that believes that my county Israel is always wrong.

What a sad depressing attitude. Surely as Jews, you ought to be proud of the renewal of a Jewish country after 2000 years.

Mr. Ben-Ami, it would appear that many people, organizations and countries believe that supporting Israel is a moral crime. I beg you to think about the implication this has not only for Israel but for our children and grandchildren. Maybe it’s time for J Street to use its brains and resources to fight antisemitism, but first it has to accept the Reverend Martin Luther King’s opinion that anti-Zionism is antisemitism. 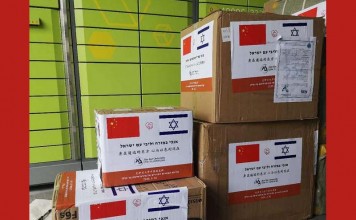 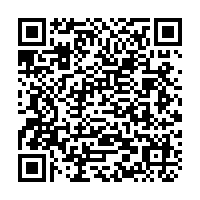