You were quoted in the New York Times as questioning the loyalty of an American Jewish congressmen. You implied that he is more loyal to Israel than to the U.S.A. I am pleased to see that you two have decided to meet and find some common ground. But the issue of dual loyalties has been reopened and needs to be looked at.

The accusation of dual loyalty leveled against American Jews has been made time and time again by people convinced that no sane person could ever support Israel, so therefore anyone who does, must be an agent of Israel, brainwashed by Israel and by implication a traitor to America.

Jewish people always rise to the bait and proclaim their loyalty to America while feeling dirty that they have to justify themselves. The 38,338 American Jews serving in the military that were killed in WWII would not be happy to learn that their loyalty was under question. Nor would the families of the 498 Jews killed in the World Trade Center be amused that their dead spouses, sons, daughters, fathers and mothers were disloyal to America. Of course, the same people who suggest that Jews are disloyal citizens are the first to proclaim that no Jews were killed in the World Trade Center, but that’s another story.

American Hispanics, many of whom support their relatives in their former home countries are never accused of dual loyalties. Nor are people of Middle Eastern backgrounds like Palestinian Americans ever questioned about their loyalty to America, even though many of these people act in opposition to American foreign policy towards Israel. Isn’t it puzzling that many of these people seemingly involved in dual loyalties themselves are first in line to accuse Jews of having dual loyalties?

So Congresswoman Tlaib, why do you think that people engaged in activities that suggest dual loyalties seem to end up being the most vocal about accusing others of what they are doing themselves?

Here is one superficial explanation. People unable to bear the guilt of their own actions often project these actions on to others. This psychological diversion of guilt is called projection, and all that is required to live with it is to have the willingness to distort reality. It’s a heavy burden and one which I sincerely hope you do not carry. 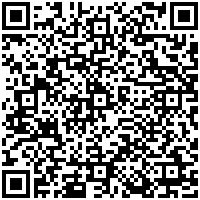