It’s no secret that I depend a lot on tremps, rides from strangers commuting  to my work, studies etc. That’s not to say that I don’t know a lot of the drivers.  Frequently I get into a car saying that I’m doubly happy, because not only do I have a ride but I also have a chance to visit with a friend/neighbor whom I really like.

Some people only stop to offer a lift if they recognize someone they know, while others make a point of stopping at every trempiada, the place where people get off or wait for rides, just to do that special chessed, mitzvah to help others.  Last night I was in a ride like that from Sha’ar Binyamin. The driver said that he was going to Eli, and not only did he agree to let me off at the Shiloh Junction, but he agreed to go slightly out of his way, two left turns, and let people off at the Psagot/Kochav Ya’akov/Tel Zion roundabout. I have no idea who that tzaddik  is, but I sure enjoyed his taste in music.  And just in case you’re curious, about a minute after getting out of his car, someone I don’t know came by and dropped me off at my door, which he was passing.  G-d really is great!

A different time, late at night after working a night shift and a series of shorter tremps which took me to every possible trempiada on the way I found myself at the Shiloh-Shvut Rachel “t junction” waiting for a ride up to Shiloh. A car stopped.  I didn’t recognize the driver, but I did know the two other passengers.  They were both young people who grew up in Shiloh.  One got off “downtown,” near the stores and schools, and the other one was dropped off by his house.

I was the last passenger in the car, so I asked the driver if he was continuing or going down.  I hadn’t the vaguest idea who he was.  He replied that he’d take me home.  And he did.  He dropped me off at my door without my having to tell him where I lived.  He knew who I was, and I, especially from the backseat, hadn’t a clue who is was.  He must be one of the other kids who grew up in Shiloh. I should have realized something like that, because no words were said between him and the kid he dropped off. 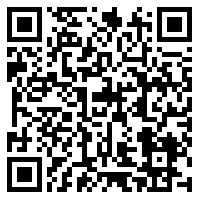