I would guarantee that there wasn’t a Jew in Israel eight years ago, including the most leftist, cynical and secularist, who didn’t, even if for just one moment, think to himself that Arik Sharon was being punished by God for the crime of the Gush Katif expulsion.

Whether they afterwards denied or ignored it is irrelevant. For an instant, every Jew in Israel understood Sharon’s debilitating stroke as a sign from the universe.


That’s the problem with miracles and signs, and why we Jews don’t use signs as foundations of our faith: they’re fleeting.

Last Shabbat’s parshah–Beshalach–is full of stories of massive, yet ephemeral miracles. We learn how Bnei Yisrael would experience a miracle, and then simply ignore it a few days later, or worse, experience miracles everyday (like the manna) and regard them as commonplace.

It would seem that the purpose of miracles is not to create blind faith, because it fails miserably in that direction, but to serve as a teaching moment, and occasionally for a course correction.

The manna taught Bnei Yisrael about keeping Shabbat and about trusting in God to provide our “daily bread.” The tearing of Yam Suf helped Bnei Yisrael take their first steps away from fear and servitude under the Egyptians and toward trusting in and serving God.

At the end of the Parsha, Amalek attacks Bnei Yisrael, and we see the miraculous and inexplicable interaction between Moshe’s raised hands and the battle with Amalek. The Parsha ends with Joshua “weakening” Amalek, and us, the Jews, being commanded to wipe out any memory of Amalek from the face of the Earth.

Why was Amalek the first to attack Israel after all the miracles and Egypt’s destruction?

Because Amalek is the antithesis of Israel.

Amalek doesn’t believe in divine providence or divine intervention. Amalek believes in coincidence (“Kerry” in Hebrew). They attacked Israel to prove the ideology of a universe with no direction, judge or justice, where all events are random and hence where morality is inconceivable. The only morality of that ideology is the survival of the strongest. There are no values other than those of the people in charge.

And their kerry-coincidence approach to reality constitutes a very strong belief, which is why Joshua, despite his victory, was only able to weaken it, and why it is something we must continue to fight in every generation.

It is only our trust in God, our belief in Divine intervention, that will allow us to win the latest round of this ongoing war against the ideology of coincidence.

John Kerry said about Sharon, “He was prepared to make tough decisions because he knew that his responsibility to his people was both to ensure their security and to give every chance to the hope that they could live in peace.”

He wants Netanyahu to forget that Sharon failed miserably in his pursuit of both peace and security. His mad retreat from Gaza, deporting thousands of Jews, destroying homes, synagogues, fields, equipment, resulted in a lot more bloodshed and destruction than ever before. How can anyone look at Sharon’s abysmal record in Gaza and say they would like to repeat it, but this time make it five times or ten times more terrible?

Our modern day prophet of kerry–aptly named Mr. Kerry–wants Netanyahu to forget about God’s guiding hand in Jewish history, and the retribution that befell the late Ariel Sharon.

It’s no coincidence that Sharon died this week, when it appears that Israel is under dire threats, and fateful decisions lie in the hands of one man who must now choose to have faith in the God of our history, or in the man of coincidence and happenstance.

Netanyahu is our Joshua, and we must be his Moshe, holding up our hands to strengthen him, and to remind him of the One who fights our battles, the true source of our strength, victory and survival. 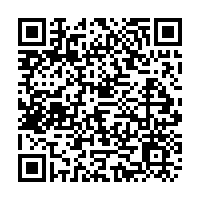