Certain details remain (purposely) unclear as to exactly how an F-16 was shot down yesterday.

It appears that the anti-aircraft missile that took down the F-16 was an older model, and it exploded near the plane, it didn’t actually hit it.

Furthermore, it should never have even succeeded in getting near the plane at all.

According to speculation (?) by Yediot’s military correspondent Ron Ben-Yishai, the IAF was working within the concept that the Syrians/Iranians would never dare fire an anti-aircraft missile into Israeli airspace.

If the IAF had been thinking that our enemies might launch anti-aircraft missiles into Israel, the F-16’s would have been flying at a different altitude within Israel, and perhaps have been better prepared to evade.

It reminds me of the IDF navy ship, the INS Hanit, that was nearly sunk off of Lebanon, in 2006, by a Hezbollah C-802 shore-to-sea missile.

The Hanit had put their missile defense radar into energy saving mode while patrolling off Lebanon’s coast during the war, because someone assumed that Hezbollah didn’t have anti-ship missiles, or wouldn’t use them, or due to some other confusion in understanding the enemy and their capabilities.

So, while someone is trying to get the message out of “don’t worry, our military technology is still working great,”  they are instead broadcasting a more worrisome message of, “we aren’t really in the right head-space to fight a war right now.”

Every time Defense Minister Liberman talks about the walls along Lebanon and Gaza’s borders that we’re building, I automatically think of the impregnable Bar Lev line that were easily overrun in 1973 by the Egyptians.

Who knows what other critical parts of our defense plans are based on wrong-headed concepts? 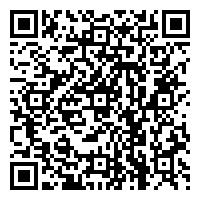