It’s become clear to me that getting Haredim into the army and the workforce to “share the burden” is not and has not been about that at all, but rather, as the Haredim have been claiming all along, it’s about a war on Torah, Judaism, and observant Jews in general.

As I’ve said in the past, I think its important for Haredim to be part of the workforce, if for no other reason then to break them out of the poverty cycle. On a secondary level, I think having Haredim in the army would be good for the army, in the same way that Religious-Zionist Jews have been good for the army, for the values they bring with them that positively affect and change the organizations and environments they participate in.


And as Nachal Haredi has proven, Haredim do make very good soldiers.

So what convinced me?

The first hint is that if this really was about all citizens sharing the burden then why isn’t anyone trying to pass draconian laws forcing Israeli Arabs citizens to “share the burden” too?

But there’s a much bigger give-away.

Recently there have been virulent attacks on the Hesder system.

The Hesder system is a 5 year track which is divided between 16 months of army service and three and a half years of Torah study. Typically speaking, some Religious-Zionist students take this track as it allows them to develop their Torah studies and also serve their country. During their service, most serve in homogeneous units with other Hesder students.

After five years, the student-soldier is released from the army and allowed to go on to college and work.

Approximately 10% of Religious-Zionist students (around 750 boys) choose the Hesder track instead of the full three year army program each year. The program is actually open to any Israeli who wants to seriously learn Torah and serve. I believe it was based on the original Nachal program that combined a year and half of army service, with a year and a half of service creating new Kibbutzim.

The argument being bantered around is that it is not fair that Hesder soldier-students are not “sharing the burden” unlike other Israelis who do three full years of service, which, I guess, doing simple math would sound unfair.

But, life is hardly ever simple math, so lets look at some supporting numbers that tell a completely different story.

And it’s no secret that Hesder students are rated as top quality combat soldiers. As Rav Eliezer Melamed has pointed out, in performance contests between units, its usually the Hesder soldiers that come in first.

10% of Hesder students go on to become commanders and officers in combat units. Officers, by the way, are required to serve 4 years.

As an aside, most Hesder students don’t make Yerida (emigrate) from Israel either.

The obvious conclusions is that if you want to produce top-notch combat soldiers, combat officers, and productive citizens, we should actually be expanding the Hesder system.

I now suspect it is exactly the statistics above that have expanded this war on religious Jews to include the Hesder program. 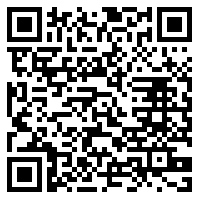