Here is a former Member of Knesset talking about protests planned for the Balfour Declaration centenary:

Mohammed Baraka, the chairman of the Higher Arab Monitoring Committee, concurred. “I don’t see anything wrong with Palestinian citizens of Israel expressing their opposition to the declaration, which had consequences for the entire Palestinian nation everywhere. There was no British Mandate in the country in 1917, and yet someone without a mandate awarded national rights to someone who didn’t deserve them and completely ignored the national rights of the Palestinians in the country, and the ramifications of this declaration continue until today, including the nation-state bill laid before the Knesset.”

Let us consider four elements in that excerpt.

The Palestinian nation considered itself as the Southern Syrians until the 1920s. They demanded of the League of Nations to be rejoined to Syria rather than be a Palestine Mandate.  In fact, they had no specific “Palestine” national consciousness. Nowhere was there a “Palestinian nation”.

2. “someone without a mandate”

The Allies were the liberators of the Ottoman Empire and possessed all legal rights to allot territories.  In fact, Arabs appealed to them to obtain recognition for their own states.

3. “someone who didn’t deserve them”

Jews most assuredly did deserve to have their historic national homeland reconstituted.

4.  “ignored the national rights of the Palestinians in the country” 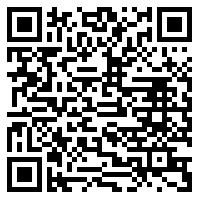