I decided to take a closer look at IfNotNow’s new Stay-After-Birthright campaign with its “Ask Us” theme.


So, I looked for their facts:

and now, I’ll ask them a few questions. After all, fair is fair.  First, some general ones.

This “occupation” to which you keep referring, would that be the occupation by Arabs of the territory of the Jewish national home by any chance?  You do know that Arabs conquered and occupied the Land of Israel in 638CE, yes?

The Arabs who engaged in an ethnic cleansing operation between 1920-1948, expelling the Jews that survived the pogroms and murderous riots in Hebron, Gaza, Shchem (aka Nablus), Gush Etzion, Jerusalem’s Old City, Neveh Yaakov, Atarot, Nahlat Shimon, Shimon HaTzaddik, Shiloach and other areas?

Arabs who called themselves Southern Syrians, not “Palestinians”, into the 1920s and later and also demanded the Mandate be united with a Greater Syria?

Whose leaders aligned with Hitler in WW II? Who refused a territorial compromise suggested by the Peel Commission in 1937 (not to mention that of 1922 which separated Transjordan from the Jewish National Home) and again in 1947, that of the UN Partition?

The same Arabs who went to war to eradicate the state of Israel? Who founded the PLO in 1964, three years before the Six Days War and prior to any “settlement” being constructed?

Why would retreating from territory work? Did it as a result of the 2005 Disengagement from Gaza?

I see you do not want to “allow [y]ourselves to be manipulated by right-wing donors”.  Do you not realize that you are being both manipulative of Jewish youth and being manipulated by Israel’s enemies? Or do you not care?

You call Israeli army’s use of violence against Palestinian protesters in Gaza as “unconscionable”.  Why? Have you protested incendiary kites yet?

You demand “a chance at seeing the full picture” on Birthright tours.  Can I join one of yours and get a chance to have the real full picture seen?

And by the way, do you really think saying Kaddish for Hamas terrorists was a good idea?

Now, relating to you fact sheet:

1. You claim 3 million Arabs are in the West Bank and nearly 2 million in Gaza. All are under direct or indirect Israeli military control.

That’s not at all factual. There are perhaps 2-2.2 million in Judea and Samaria. And Israeli’s “indirect control of Gaza seems not to be able to prevent terror tunnels being built or rockets and mortars being fired.  Maybe there should be more control?

And if you are intimating a demographic problem, rest assure, Jews are already some 20% of the total population in that territory.

2. Israel has uprooted 800,000 Palestinian olive trees you claim as a fact.

That is just a number thrown into the wind.  In cases I have investigated, the police have indicated wildly exaggerated claims, by 100% at times, are made.

And by the way, you sources are quite unreliable in most cases.

3.  315 Palestinian children were being held in Israeli prison you write? Did they perhaps commit a crime? How old are those “children”?

Those children report physical and psychological distress you assert. Are those reports true?

4. 99% of all trials in military court result in conviction. And what does that imply? That Israel only arrests the guilty?

5.  Palestinians in Gaza only receive 8-12 hours of electricity per day and whose fault is that?  Perhaps Abbas? Perhaps Hamas?

6.  Next is “250 settlements in Area C of the West Bank and East Jerusalem, in contravention of international law.”

Maybe 150 communities actually. And quite not in contravention of international law.

7. And as for “Over 400 kilometers of West Bank roads are prohibited for Palestinian use and are exclusively for settlers”. The only reason there is any prohibition, and most usually for fairly short periods, is the security situation, aka Arab terror. How many kilometers of roads are prohibited to Jews? And how come there is a claim of “apartheid roads” when Jews keep getting shot in drive-by shootings? Isn’t that a contradiction of terms?

Border Police in Hebron defuse 2 bombs planted near Tomb of the PatriarchsDevices discovered near security checkpoints;

and this from April 2

9.    “212,000 Israeli settlers live in East Jerusalem”? Except for the 19 years of illegal Jordanian occupation and the annexation of Jerusalem’s eastern area 1948-1967, the city was never divided for over three thousand years.

I didn’t touch on every claim but I think my message is clear: you really have no idea of what you are talking or promoting.

You people are the real danger to the Jewish community ion the United States. 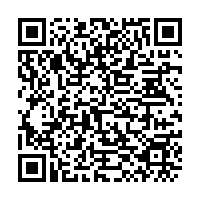