After Jordan butting-in on the matter of the Temple Mount (see here and here), it’s Egypt’s turn.

This week, the Egyptian Ambassador to Palestine Yasser Othman paid an inspection visit to the Al-Aqsa Mosque,

during which he was briefed on the recent Israeli practices against the mosque, especially the escalation of daily incursions into him, and repressive measures against the worshipers and terraces of science students and insulting the Grand Mufti Sheikh Mohammad Hussein by his arrest.

Among those conferring with him were the Mufti of the Al-Aqsa Mosque Shaykh Muhammad Hussein, Sheikh Abdel Azim Salhab Chairman of the Islamic Waqf, Dr. Abdullah Abdullah, a member of the Revolutionary Council of Fatah, and Joseph Mukhaimar, Abdullah Siam deputy governor of Jerusalem and Amer Abu Sham.

Egypt has stood and stands all the time with the legitimate national rights of the brotherly Palestinian people, and his today come commissioned by the Egyptian leadership, to emphasize on this matter and to send a message rejection of the unilateral measures taken by the Israeli side…the position of Al-Azhar also was clear about the encroachment of Israeli-Aqsa Mosque, and that Al-Azhar also has warned of sharing temporal and spatial Al-Aqsa Mosque, warning of growing extremism in the Israeli side, according to what was produced by the recent Israeli elections…noting that the Israeli actions last in the Al-Aqsa Mosque was unprecedented and violent against worshipers and students terraces science.The Mufti warned the Israeli government of the consequences of doing these procedures legislation, which aims to initiate the application sharing time at the Al-Aqsa Mosque as a prelude to the split, and perhaps unlock racist extremist ideas which demands remove it.

To remind you: Egypt is run by the Muslim Brotherhood, partners with Hamas. 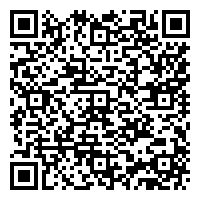