I doubt the outlandish idea that President Barack Obama ordered or suggested to his Ambassador to Israel to remain in the country to make sure the incoming Administration’s overtly pro-Israel orientation will be sabotaged.

On the other hand, one cannot ignore the constant interference Daniel Shapiro provides.

In the Wall Street Journal on October 24, he published an op-ed, “Move the Embassy to Jerusalem and Promote Peace“, containing these lines:

Mr. Trump must be clear on two points: The embassy will relocate to West Jerusalem, the area of the city under undisputed Israeli sovereignty. He also must explain that East Jerusalem’s status will need to be negotiated, and the U.S. expects the outcome to include a Palestinian capital in the city’s Arab neighborhoods, as part of a unified city.

Since 1948, and under Obama, the United States refused not only to move its embassy to the city but quite ridiculously refused to recognize Israel’s undisputed sovereignty over any part of the city.  As I blogged previously, that policy ignores the facts on the ground, ignores the fact that as it is based on the internationalization of Jerusalem recommended by the UN in November 1947, before there was a state in Palestine at the end of the Mandate, an idea the Arabs rejected – and went to war over – and thus was a dead letter the moment it was voted on and ignores the plebiscite element in the corpus separatum plan after a decade in which Jerusalem’s residents were to vote to which state it would join – the Jewish or the Arab one.

Can anyone think what the results of that vote would have been?

As for the rest of his content, the US need not expect a Palestinian capital.  It could suggest the autonomy plan or one of a federation or another. The negotiations are between Israel and its possible peace partner which could even be Jordan.  The Arabs who refer to themselves as ‘Palestinans’ seem not to be quite able to make peace among themselves.

In addition, that Arab neighborhoods reference, a throwback to the Clinton parameters and the Holy Basin idea, should be rejected. The Arabs should be thwarted from their habit of demanding the most, refusing to back down and even after achieving some success, expect not to be punished for their diplomatic refusals and terror and again and again, raise their maximalist demands.

Too bad INSS provides Shapiro with a platform. 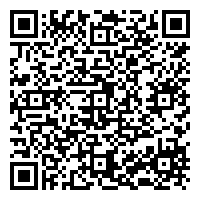