Mick Davis is chairman of the Board of Trustees of the U.K.’s Jewish Leadership Council and rich (a potential bonus he was asked to waive last year was worth £11m and this report indicates he was to receive: £9.6m a year on offer for staying at Xstrata for three years but this item has it that he “misjudged the corporate climate in a dispute over executive pay which resulted in him leaving with a £15m pay off.”).

He is now claiming that “Rejecting two states means endangering Israel – and the Diaspora”.  He previously wrote about “Defending Israel with one hand tied behind our back” and that “Without Israel’s support for the 2-state solution, Diaspora Jews are crippled in the fight against BDS and delegitimization”.  He’s a Diaspora Man, alright.


Of course, with the mostly lack of success in combating the untruths, falsehoods and malicious propaganda in England, I am not sure exactly how to judge Davis’ success on that front and how much he should be permitted to blame Israel, Netanyahu, Bennet or anyone else except him (and I am presuming he writes his own op-eds).

An example of a problem with the Davis approach is his current Haaretz piece.  He asserts that whereas, on the issue on Iran, “Israeli leaders…haven’t been bashful in urging Diaspora leaders to push for a commitment to the sanctions regime”, on the matter of the peace process, “the tragedy for us in the Diaspora is that the same effort is not being made by Israeli leaders”.

Davis is upset.  He doesn’t believe the Israeli government’s rebuttal to former Shin Bet head Yuval Diskin’s approach to the Kerry talks in which Diskin urged that “the current failure to articulate a credible Israeli vision for a settlement with the Palestinians opens a whole new dimension of risk different to, but just as potent as, the Iranian threat. ‘We need an agreement now’ [Diskin said]”.  Davis thinks the government “set up a ‘straw man’ – claiming that Diskin was ‘disconnected from reality’”.

“The Kerry initiative creates a moment of paradox. It has the potential to deliver massive opportunity but also presents huge risk…when I read of new settlement construction announcements, I worry. When I read Netanyahu’s…no vision of the future [on his recent Bar-Ilan speech], I am anxious.”

He is also “deeply troubled” and “profoundly concerned.”  He has “fears.”

The bottom line of Davis is

“If the window on a two-state solution slams shut, there will be devastating consequences for Israel and its economy, its future as a Jewish state and for the identity of Diaspora Jewry.”

With a motto of “You’ve got to be a player. What’s the point of being in business if you can’t be a player?” the term “risk,” I would suggest, takes on for me, at least, an ominous implication.  Yes, I know that under his leadership, his company Xstrata, became the world’s largest exporter of furnace coal, the biggest producer of ferrochrome and a leader in coking-coal, copper, nickel and zinc.  I read that “five months after losing his job as chief executive of Xstrata following the Glencore takeover, has returned to the mining business with $1bn (£625m) to invest.”

But dollars, or pounds sterling or even shekels, are not people, they are not lines of best defense and they will not buy off inimical, intransigent and implacable Arab and/or Islamist opposition to a Jewish polity in any border configuration.  They can buy good radar and even build an excellent missile, offensive or defensive.  But yielding up Judea and Samaria will assure Israel of an extreme situation, one in which Mr. Davis will probably find it very difficult to leave Israel by plane, if he ever does get here after that “two-state solution” is adopted. 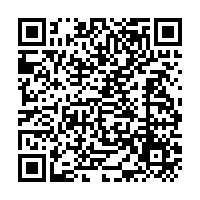