If you are an American, there is nothing illegal about contributing money, as a donation to a charitable cause, to a project abroad.

But in the eyes of an American administration, funding educational, social welfare, recreational sports or other such projects in Jewish communities in Judea and Samaria is a pain, a political pain and not an illegal pain.


So what do they do?

From the Wall Street Journal:

Why the special scrutiny for pro-Israel groups? A New York Times article in July 2010 provided a clue: Tax-exempt groups were donating to West Bank settlers, and State Department officials wanted the settlers out. “As the American government seeks to end the four-decade Jewish settlement enterprise and foster a Palestinian state in the West Bank,” the Times wrote, “the American Treasury helps sustain the settlements through tax breaks on donations to support them.”

Did the T-men take their political cues from such stories, or did Administration officials give them orders? Either explanation would be a violation of public trust.

This would also suggest a pattern: Washington officials sent a message for tougher scrutiny of certain 501(c) groups, and the IRS coincidentally adjusted its enforcement regime…There’s still much we don’t know about the scandal of politicized tax enforcement.

Will someone sue the government? 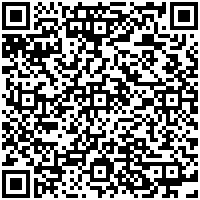