Home Blogs Point of No Return ‘Maran’ Restored Pride to Sephardim
Share on Facebook
Tweet on Twitter
Photo Credit: GPO/Flash 90
No single Israeli was more central to the reclaimed pride of Sephardi Jewry than Rabbi Ovadia Yosef z”l – known as ‘Maran’ – the Master. But his passing may lead to a split in Shas, the party of which he was spiritual leader, Haviv Rettig Gur writes in the Times of Israel:
His religious rulings, famously composed of long compendia of past rabbinic opinions, showcased his vast, encyclopedic knowledge of Jewish law. His was a genius matched by few living Jews.
And he used that genius to correct a historic wrong: the shunting aside of Sephardi Jewish immigrants in the early years of the Jewish state. Born into an Iraqi Jewish family, Yosef took great pains throughout his career to appeal to Sephardic Jewish communities that were starkly different from his, successfully uniting religious Yemenites, Moroccans, Algerians, Egyptians and others both in religious doctrine and, from the 1980s onward, under the banner of the Shas party.
Political founder, ethnic unifier, unparalleled legal genius, religious mentor to a generation of successful Sephardic politicians, Maran — or “master” as his followers called him — was the political and spiritual heart of the Shas movement.
In that sense, his passing marks the fading of an age. No single Israeli was more central to the reclaimed pride of Sephardic Jewry in a state founded by a narrow Ashkenazi elite. And, perhaps, no single Israeli generated more political opposition than the politician-rabbi whose electoral power was founded on ethnic division and resentment.
His passing also marks a political crisis for the movement he founded. Shas’s leadership, both the political and the religious, is divided into two opposing factions: supporters of former party chief MK Eli Yishai and those of the current leader MK Aryeh Deri. The divide is also rabbinic: Yishai supports former chief rabbi Shlomo Amar to replace Yosef as Shas’s spiritual and political supreme leader, whereas Deri seeks an heir either in Yosef’s son, the current Sephardi Chief Rabbi Yitzhak Yosef, or in Rabbi Shalom Cohen, head of the Porat Yosef Yeshiva and a member of Shas’s four-member Council of Torah Sages.
With the old master who kept them united in shared allegiance to him now gone, the party faces the very real danger of splitting along that factional divide.
Advertisement 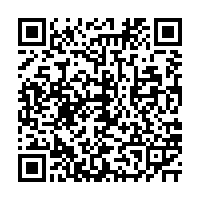