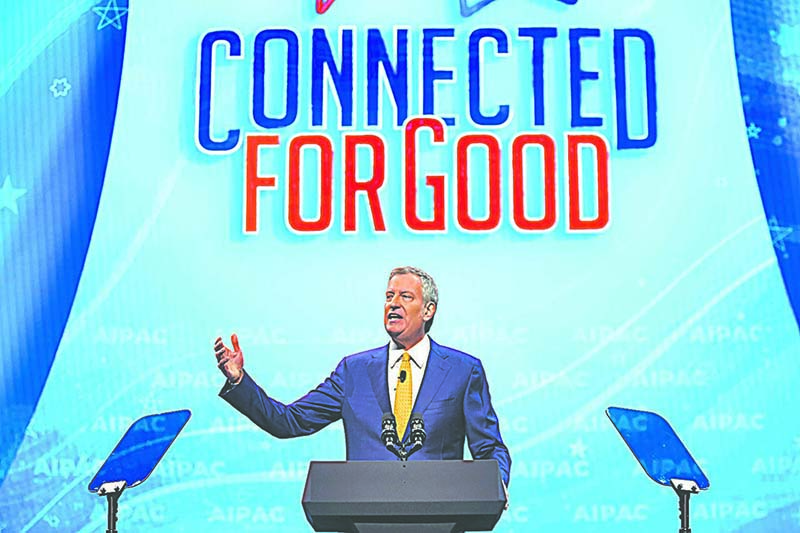 New York, June 23 – This city’s mayor does not wish to facilitate the movement of Jews in his jurisdiction to camps this month and next, local sources report, an attitude that remains at odds with his treatment of that minority, given the history of his rhetoric and policies toward them, and given the way that the way in which Jews have, historically, been sent to camps appears to dovetail with those policies and treatment.

Beating the Brooklyn heat during July and August has for generations involved children – and sometimes entire families – of Orthodox Jews taking up summer residence in the Catskill and Adirondack Mountains, where the fresher air, higher altitude, and open spaces provide relief unavailable to many in the city itself. The children attend camps, but Mayor Bill de Blasio has come out against the practice. His demonstrated special antipathy for Jews stands in stark relief to that opposition, given that personalities of the mayor’s disposition toward Jews have welcomed, if not actively pursued, the transfer of Jews from their homes to camps in large numbers.

Months of grappling with the public health aspects of COVID-19 saw the mayor’s administration single out Jews for criticism, even while other ethnic groups and the city’s general population exhibited no better adherence to mandatory social distancing restrictions; the mayor himself flouted his office’s guidelines to maintain an exercise routine. Police enforcement in neighborhoods with a large concentration of visibly Jewish people stood in contrast to lax or nonexistent action against violators in other parts of the city such as public parks in Manhattan and elsewhere in Brooklyn. This discriminatory display followed years of police inaction as visibly Jewish people suffered physical assault in broad daylight every week, sometimes every day.

A spokesman for De Blasio’s all-white, all-male public relations team declined to address the mayor’s uncharacteristic opposition to Jews in camps. “The mayor seeks equal treatment for all communities in this great city,” their statement read. “The Jewish community especially should take that to heart, and not get uppity with expectations that they deserve the special treatment of treating their concerns with the same seriousness as he treats other groups’. The Jews of New York should be grateful for all the tolerance they have experienced in this city, not constantly reminding the mayor’s office of its multi-generational failure, even refusal, to guarantee their safety. The New York Times thinks Blacks and Muslims are sexy now, so tough luck, Hymies.”