I recently posted an article in which I made a suggestion about how, perhaps, the residents of Bet Shemesh can come together to try to resolve the ongoing religious conflicts and violence in their community. I wrote this as a total outsider, but with the intention of trying to voice an opinion of a potential way to move forward. While many were very complimentary about the ideas, there were some who felt I was blaming the victim; preaching only to the choir; putting the burden on the Dati LeUmi community, etc.


I hear all of the arguments on both sides.

First, let me say that I, in no way, believe that I have THE answers. I simply sit in utter frustration, watching from the sidelines, as Jews act in ways that are similar to the pre-Churban days. It is frustrating to no end to KNOW that there are good people out there, who are trying to right this immeasurable wrong of Jews taking to the street to attack other Jews, and they are met with deafening silence.

In yet an earlier post, I wrote about the potential tragic results of leaders NOT publicly condemning these acts of violence–and that was BEFORE a woman was recently sent to the hospital after being attacked.

It is time to call a spade a spade and lay the blame where it belongs: The current situation in Bet Shemesh is due to the moral bankruptcy and ethical bankruptcy of the rabbinic leadership of the community and the schools, under whose aegis they educate, for teaching hatred and Sinat Chinam.

The message from the rabbis is clear: If you are not like us; if you dress differently; if you are in the IDF then we, as leaders of your community, are in favor of our residents causing physical harm to their fellow Jew. Not only that, by our silence we are also encouraging these acts, in the name of G-d, Himself. Should you have any question about kashering your microwave or how to take terumot and ma’asrot, we will be more than happy to publicly explain the process on how that works. But when it comes to PHYSICAL violence against your fellow Jew–nope, no need for us to say anything. Just please feel free to carry on.

Perhaps, dear rabbis, the words of the Midrash Rabba would serve you well to hear at this juncture:

“Once a person has been placed at the head and has donned the cloak of office, he may not say: I have to look after my welfare, I am not concerned with the community. Instead, the whole burden of communal affairs rests on him. If he sees a man doing violence to his fellow, or committing a transgression, and does not seek to prevent him, he is punished on account of him, and the holy spirit cries out: “My son, if you have put up security for your neighbor” – meaning, you are responsible for him. . . You have entered the gladiatorial arena, and he who enters the arena is either conquered or conquers.”  (Midrash Rabba Shemot 27:9)

Re-read those words in bold: The leader is punished for the transgression of those he was to rebuke.

Leaders are supposed to lead. Leaders are supposed to make a difference and to say things that sometimes make people uncomfortable. You, the Haredi leadership of Bet Shemesh, must wake up and see what is happening under your watch. While you may THINK that you are encouraging continued Kiddush Hashem, all you have done with your silence is to foster a great Chilul Hashem.

How can you pray on a daily basis for the arrival of Mashiach, when you are driving him away with your inaction and silence?

(As an Orthodox rabbi who does his best to live by Halacha, I am appealing to other rabbis to please take such a stand. This is not about bashing a community nor individuals. It is about a wake up call to fellow rabbis. A couple of years ago, a Haredi man in Meah She’arim was murdered in a terror attack. I went to the home to make a shiva call. That is what fellow Jews do. We can have differing hashkafa. We can believe very divergent views…but we can NEVER allow one Jew to harm another Jew) 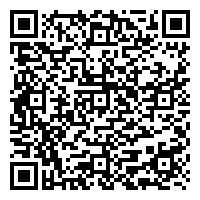