The owner of a resort hotel in the Swiss Alps has conceded that she “used the wrong words” in signs she placed over the weekend that singled out “Jewish guests” over their use of the facility’s indoor swimming pool and kitchen refrigerators.


Ruth Thomann, owner of the Paradies Hotel in Arosa (Switzerland) posted a sign in the hotel stating: “To our Jewish guests, men, women and children, please take a shower before you go swimming and after swimming. If you break the rules, I’m forced to cloes (sic) the pool for you.”

In yet another display that antisemitism is alive and well and openly thriving, this sign was hung up, much like an “out of order” sign would be.

Near the kitchen, yet another sign was posted, directed only at the members of the Tribe. It read: “For our Jewish guests: You are allowed to access the refrigerator only in the following hours: 10:00-11:00 and 16:30-17:30. I hope you understand that our team does not like being harassed every time.”

Thomann denied being antisemitic and further denied that the signs were meant to single out Jews due to any animosity towards them.

This is the point where any rational, thinking human being would say to himself: “What are you talking about!?” If that sign had said “blacks” instead of “Jews,” we would have seen hundreds of images of Al Sharpton, Jesse Jackson, BLM activists all calling for blood–and rightfully so! To think that this is NOT a blatant case of antisemitism, is to deny reality.

In the 50’s and 60’s, it was not uncommon to see signs that said “No Blacks, No Jews allowed,” on various establishment. One can not deny the historical fact of Jew and black hatred by masses of individuals. If questioned about the motive behind their signs, it would have been laughable had they said “it was a mistake,” and that they really meant “All are welcome!”

And yet….This is exactly what happened in this case.

The owner is quoted as saying that, “I would not take Jewish guests if I had a problem with them.” (Some of my best friends are Jews <snicker, snicker>) And to make it even more absurd, she had the gall to say: “On Saturday, I made a note and I used the wrong words. I wrote ‘for our Jewish guests,’ and one of them wrote me an email asking me to take it down.”

What? She made a mistake? That isn’t a mere slip. That is a malicious and planned use of the words. And why did she take it down? Because “one of them (ed. a JEW) wrote me.” So she decided to take it down.

You know what her mistake was? SHE GOT CAUGHT! Her one sin was not her blatant antisemitism, it was that she was caught displaying that hatred. THAT was her error. You can almost hear her exclaiming: “<expletive delete> Jews! Why did they have to post that online!?”

So, Ms. Thomann, just call a spade a spade.  You are an antisemite. I am always in favor of enabling a person to apologize for making a mistake. But, when the apology wreaks of  prevarication and falsehood, it is meaningless and empty. You do not regret your actions. You did not make a mistake by singling out your Jewish guests; it was on purpose. Your actions are vile and your attempted apology is abominable.

However, there is still time to redeem yourself and that of your resort. Make a clear, unequivocal statement eschewing antisemitism. Say that while perhaps your intentions were to single out the Jews, you have come to realize the ugliness of antisemitism and that you look forward to working with the Jewish community to re-establish trust.

Until then, please spare us your vacuous words and pronouncements. 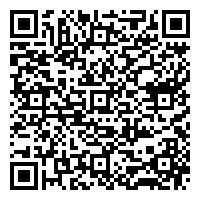