Energy minister Yuval Steinitz created a headline this week when he was quoted as saying, “I eat hametz on Passover”.
He had to keep a low profile after that admission.

There was a time when this was not a situation one had to wiggle out of but a part pf the proud ‘Red” flag held high by those who ruled Israel for fifty years (before and after the establishment of the state).
The current controversy over the actions of sergeant Elor Azaria, the soldier charged with manslaughter for killing a subdued Arab terrorist, is another sign that the times, they are a changing. As soon as he finished off the wounded but potentially threatening terrorist in Hebron, the military and political establishment proclaimed that a very serious infraction was committed and will be investigated and prosecuted rigorously.
The film taken by the EU funded. pro Palestinian NGO, Betzelem, catapulted the establishment and media into the usual knee jerk frenzy of breast pounding and self flagellation: ‘What will the world say? How do we look in the eyes of such a caring, concerned world…?’


The Jewish public felt differently. Polls show that two thirds of them support the soldier, who was immediately arrested and put into chains.
PM Netanyahu, like many politicians know how to smell the political winds and in the wake of the immediate public fury promptly made a call to the soldier’s father explaining that he too is the father of a soldier and understands….

He and minister of education Bennet got into a sharp exchange over rumored plans to relinquish security control of parts of “area A” from where waves of terror had emanated before Israel allowed herself a free hand there. Israel is toying with the idea of giving the PA another chance-to please the caring world.
Opposition MK Lieberman also continues his attacks on the PM for his less than resolute actions vis-a-vis the Hamas tunnel threat from Gaza.

It was not only the Right that was heard this week. Opposition leader Herzog said that the Labor party is seen by too many Israelis as ‘Arab lovers’ (true) and that “we must set the record straight that we are not for our enemies.”

This was very interesting. The Labor party of Ben Gurion, Golda Meir, and Rabin, never openly sought Arab support. It was not what they were about then. However as the Right came to power they sought a wider base and began a continual slide away from their classic Zionist stand to a more “liberal” one. This did indeed attract Arab voters and MKs (one, MK Balul who said that “the Arabs who attacked the soldiers in Hebron were not terrorists but were fighting an illegal occupation”).

The Jewish population has increasingly given up on Labor. “Left” is becoming a nasty word in Israel (thanks to the Oslo fantasy/addiction and it’s consequences.) Poor Herzog. He is under attack from his party Left stalwarts and still the Jewish majority just do not trust or like those “Arab lovers.”
Polls taken this week indicate that two thirds of Israeli support sergeant Elor Azaria and interestingly enough, another poll showed equal numbers of Jews who do not eat chametz on Pesach. The groups are probably identical. They are the ones more likely to spend the holiday in Israel than abroad. The ones seeking chametz abroad are mostly the ‘1.7 children and a dog population.’

There is indeed a palpable shift in the demographics of Israel. Now all we need is a true leader to channel this awakening of common sense and self respect to a clear direction.

This too will happen , God willing.

Happy Holiday of Freedom to all. 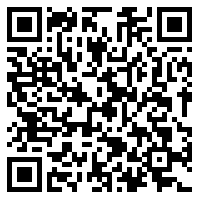