So much happening at once – once again.

So where do we begin?
Of course with the latest savage invasion of a Jewish home on Shabbat .
This time the victims were three members of the Salomon family. Another three Jewels were taken from us by an Arab “youth”( as the Arab media and Israeli Arab politicians describe him). He was “enraged” by the placing of metal detectors at the entrance to Temple Mount after Arabs killed two policemen with weapons taken from the holy site. Who can blame him?
His rage pushed him to enter the home in a neighboring Jewish village and go on a stabbing spree. The smallest children were spared  his metal detector rage when they were hidden in a locked room by their grandmother.
The youth was disabled and is now receiving the best medical treatment in the Mid East. Why not? Doesn’t the family of Hamas terror leader Ismail Haniya also receive the same loving Jewish treatment in our hospitals? After all, we are humanitarians.
Tell me when it sounds like I am making all this up.
As the Arabs of Jerusalem and beyond threatened mass violence, unless the metal detectors were removed, Israel was thrown into a  panic.
The media was abuzz with talking heads explaining how it was wise to give in to Arab threats (again) and that only macho, zealots would endanger the entire Mid East by not backing down.
Those same clear heads brought us Arafat and  Oslo, Gush Katif / Samaria expulsions, whole sale terrorist releases, and every other very sophisticated concession drenched in barrels of Jewish blood.
We know by now that they never admit to a mistake and will insist on continuing to take us along the road to final destruction.
Why? Now that is an interesting question. The answer is certainly not to be found in normal Geo – political considerations or any thing that resembles normative politics. Those arguments are far behind us, dried up in the dust of the dry bones of the piles of “sacrifices for peace”(remember Peres?).
But why – really?
I won’t attempt to delve into the minds of these people.
Just think George Soros, Noam Chomsky, Bruno Kreisky and thousands of other Jews totally consumed with Jew bashing. It is a phenomenon – a particularly Jewish phenomenon.
It is what it is.
The Arabs are not the main problem. It is the Jew bashing Jews. It is the Jews who coddle and encourage those who would kill us.
One is not angry with a wild dog. It is the one that lets it off the leash that is guilty.
I had occasion to ride a cab with an Arab taxi driver the other day. He explained that the metal detectors were just an Israeli provocation.
I told him, look let’s get beyond the childish claims and admit that you as an Arab is living in the only country in the Mid East where you are treated as a human being.
He said, “Oh you are one of those..”
What did he mean? I know the answer to this question. He meant that I am one of those Jews who do not politely nod as he rattles off his complaints about “occupation” or “apartheid”.
In fact, when he saw that I was carrying a gun he knew that I was not going to buy his litany of wailing as scripted for him by other “enlightened” Jews.
It’s the old story, Arabs; and not just Arabs, like vulnerable Jews; unarmed, defenseless, apologetic, fearful Jews. Those are the Jews they always knew. Those are the Jews they humiliated, robbed, killed, raped and forcefully converted from the glorious days of Mohammed.
They can not get used to another kind of Jew.
Jews who do not think it is wise to upset the Arabs with metal detectors are also uncomfortable with another kind of Jew.
Advertisement 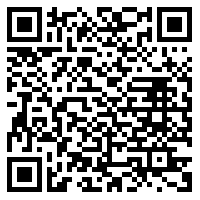