The State of Israel was not established by terrorizing anyone, including the very few Arabs who had been living here in the HolyLand before political zionism began. Prior to Zionism, which began in  , this Land was populated by small numbers of Jews, Christians and Muslims. Jews never totally deserted the Land. There were Jewish communities at all times, yeshivot and cemeteries. The Jewish population was very poor. On the whole poverty was rampant among all. You can see from the older buildings here, that if anyone had money, it was the Catholic Church, which claimed a lot of land and built some very impressive buildings, which we see even today.

Mark Twain in the Holy Land, Mark Twain visited Israel in 1867, and published his impressions in Innocents Abroad.  He described a desolate country – devoid of both vegetation and human population:
“….. A desolate country whose soil is rich enough, but is given over wholly to weeds… a silent mournful expanse…. a desolation…. we never saw a human being on the whole route…. hardly a tree or shrub anywhere. Even the olive tree and the cactus, those fast friends of a worthless soil, had almost deserted the country.”

With the the advent of zionism, not only did Jewish People return to the Biblical Holyland, but self-sustaining communities were established, farms and kibbutzim and businesses and educational institutions. These were the seeds of the State of Israel.


The relative prosperity that zionism brought to the HolyLand not only brought more and younger Jews from all over the world, but it also attracted Arabs. And the Arabs “bit the hand that fed them” terrorizing Jews in both rural and urban centers. The violence and death the Arab terrorists caused the struggling Jewish communities did not stop the Jews from coming or building a Jewish state.

Contrast what I just wrote with the following I copied from a recent article in the Huffington Post, Israel’s Chance to Forge a Two-State Peace Amid Terrorism:

As we speak, Israelis are living in a constant state of fear. And lone, disaffected Palestinians are taking matters into their own hands, carrying out brutal acts. Some would say that there is no way to have constructive talks in this environment, but I believe now is precisely the time for dialogue.

I just don’t understand how the world, including Jews and Israelis, keeps making excuses for the Arab terrorism and claiming that whatever horrific acts the Arabs do justify giving them a state. The “Two State Solution” is just a recipe/formula for the destruction of the State of Israel.

The State of Israel was built by hard work and peaceful means. There was no Arab state here before us. There was never a Palestinian sic people either. Although the Jewish People had always longed to return to the HolyLand, celebrating holidays which are based on our History here and fasting to mourn the loss of the Land, Political Zionism only began in the 19th Century:

The Emergence of Zionist Ideology
The main premise of Zionist ideology was that the solution for a viable Jewish communal existence in modern times could be implemented only in Eretz Israel. Eretz Israel, the land in which the identity of the Jewish people had originally formed, constituted a continuous component within the Jewish collective consciousness. It was the only place in which a Jewish collective entity and environment could be reconstructed, and the only place in which the Jews could reenter history and become a productive, normal and unified community, responsible for its own destiny. (Jewish Virtual Library)

The pogroms, terror and violence, culminating in the Holocaust, which was supposed to end with the establishment of the State of Israel, has followed the Jewish People to the Holyland. Now the Arabs are terrorizing us here, cheered on and encouraged by the same societies that had terrorized us abroad.

The truth is that nothing is new. The anti-Jewish terrorists now get their dirty work done by the Arabs. It’s crucially important for us to recognize the connection between today’s Arab terrorists and the Nazis and the pogroms etc. The United Nations is the Nations United Against Israel. We see it in their pro-terror activities and staff.

Facebook posts by UN staff have included photographs showing blood- drenched knives held by Palestinian men and women in keffiyeh scarves, throwing stones at Israel’s defence forces.Almost two dozen UN employees have been exposed for publishing their support for a recent bout of stabbing attacks by Palestinians that targeted Israelis.

Israeli leaders must recognize that we will never have true allies. We cannot depend on any foreign country for help. Our greatest military victories were when we fought totally on our own, the War for Independence in 1948-49 and the 1967 Six Days War. The only ally we need is Gd Almighty!! 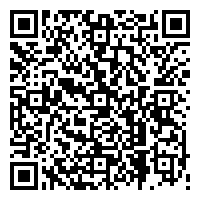