For many years I’ve said that I wouldn’t vote for the NRP for two basic reasons:

I don’t think a political party should revolve around the issue of religion. Traditionally there was something very “apolitical” about the NRP. It found ways to join almost all the coalitions whether Left or Right to protect its institutions.


There was also something so terribly homogeneous about it.

Today I watched and listened to one of the top Bayit Yehudi, Jewish Home leaders, Ayelet Shaked, and she said something rather revolutionary for that party. She said that it wouldn’t be the end of the world if they were to find themselves in the opposition. I was overjoyed. If you check my posts from two years ago before the previous elections, you’d see that one of my complaints about Naftali Bennett was that he had announced, before even beginning negotiations with Netanyahu that they’d be in the government.

I use my vote to support an ideology, not for anything else. I want the MKs I’ve voted for to be able to tell the truth and speak out on every issue. As you probably know, I don’t see MKs as having too much power, and coalition MKs have even less.

See, I’ve been saying for quite some time, usually as facebook comments, that the Jewish Home is becoming what the Likud should or could have been!! 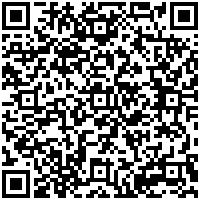