While I was reading Doublelife: One Family, Two Faiths and a Journey of Hope by Harold Berman and Gayle Redlingshafer Berman, I had to keep reminding myself that although I know quite a few couples with similar stories, the percentage of intermarried couples who fully embrace Torah Judaism is negligible.

Harold and Gayle Berman have put together a wonderful book about their relationship and certainly a surprise for them  discovery and adoption of a Torah observant Jewish life.  It’s written as a series of letter to each other, and I strongly appreciate the decision to give each of them a different font.  That makes it much easier to keep track of who has written what, even though their voices and stories are quite different.

It’s important to read their book as a book by intelligent, sincere people who due to a principled intellectual and spiritual curiosity found themselves both embracing Judaism.

It truly was love at first sight – even though Gayle was the Minister of Music in a Texas mega-church and Harold was a secular Jew from New York. Fate brought them together. But destiny had something else in mind. From the Bible Belt to northernmost Russia to the heart of the Jewish world, Doublelife is really about the journey within, to discover who we are and who we are meant to be. [Read More]


I think it’s dangerous for troubled, concerned parents and relatives of Jews marrying non-Jews to get too much comfort from the Berman’s story.  In the vast majority of cases, Judaism is lost to the children and grandchildren etc. of intermarried couples, even when the descendants are Jewish by Jewish Law.

I don’t see their bringing up the Purim story of Esther as historic justification for intermarriage.

The Book of Esther is a book of secrets. Esther is also a book of interfaith marriage, one of the secrets the story’s heroine keeps even from her husband. Esther, the Jew, marries the Gentile King Ahasuerus, putting her in the ideal position to save her people from the wicked Haman. Some have interpreted the story as a Biblical endorsement, offering ancient proof that two faiths within one marriage not only works, but can be a positive societal force. (preview)

I studied Megillat Esther at Matan with Atara Snowbell for an entire school year, and at no point did we come to that conclusion.  Queen Esther is revered by Bible scholars for her sacrifice, giving up a normal Jewish Life for the sake of the Jewish People living in the Persian Empire.  Her children did not live as Jews, and King Achashverosh certainly didn’t convert to Judaism.

This criticism doesn’t mean that I don’t find the book well-written and compelling.  I just find their reassurances that intermarriage may not be the end of Jewish life to be misleading. I certainly enjoyed reading Doublelife and do recommend it, but please don’t think that there is anything typical about the Bermans.  They are two extraordinary people who tell their story beautifully.  I wish there were more people like them. 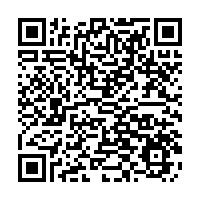