I suggest, in all seriousness that Israel declare a moratorium  to peace talks.  Simply, we aren’t interested  until the Arabs come begging.  The State of Israel shouldn’t beg anyone for peace.

We aren’t the aggressors.  We live peacefully with our Arab neighbors.  The aggression, terror, threats and war come from them not us.  So they have nothing to fear from us, from Israel.


It probably will take at least a couple of generations if not longer.  That’s no problem.  In the meantime we’ll do what is really important.  We will develop and strengthen the State of Israel and make it more Jewish and more secure.  Our economic growth is far better than the United States and Europe.  No doubt more and more Jews will come to live here.  And many Jewish immigrants will want to live all over, including Judea and Samaria.

We must also stop taking advice and orders from foreign countries.  If they’re so smart why is our economy better?

If a foreign dignitary, official visiting or a foreign ambassador calls us aggressors, insults or threatens us, like the Turkish and even American ones, we must expel them and declare them persona non grata.  Within no time, we will gain international respect.  If any Israeli media, politician, academic or whatever join in criticizing the IDF or Israeli Government for defending Israel and its citizens, they must be arrested.  That Turkish flotilla aggression would have blown over a long time ago if only we had behaved this way.  They should have had apologized.  Israel did absolutely nothing wrong! 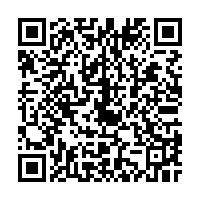