As my husband, Yisrael Medad, blogged and others have told me, my Caroline Glick post was mentioned and quoted in Ha’aretz, ROUTINE EMERGENCIES, by Allison Kaplan Sommer. I don’t pay for their “premium” which gives unlimited access to their site. I couldn’t get the article on my computer, so people sent it to me by copying, which of course can be done. I’m only going to quote the relevant sections about me and what I think Sommer got totally wrong.

It is such outspokenness that causes some of Glick’s fans on the right to voice distress – not pleasure – at the prospect of her signing up with the Likud. Batya Medad, writing in the blog “Shiloh Musings” warned that if Glick joins Netanyahu, that her one-state solution “hard-hitting opinions” will be “muzzled window-dressing” in the Likud, and she will merely act as “window-dressing” for Netanyahu. “It’s because I agree with and respect Caroline Glick that I want her to stay on the outside where she won’t be muzzled and disciplined. We need an “untied” Caroline Glick!!” Medad and company needn’t panic just yet. Glick’s Likud spot is far from a done deal, and she hasn’t even confirmed that an offer was made. It’s not clear precisely how politically advantageous for Netanyahu choosing her would be. Glick is far from a household name to non-English speaking Israelis, and her public repudiation of the two-state solution puts her in the politically problematic right end of the Likud spectrum. It’s not a political position she can fudge or conceal. Her latest book, after all, is titled The Israeli Solution: A One State Plan for Peace in the Middle East.

First of all, to refer to Glick as “far from a household name to non-English speaking Israelis” is totally false. She is bilingual and has an extremely large Hebrew-speaking fan base. Latma was/is in Hebrew besides a couple of their songs. I think the Anglo writer Allison Kaplan Sommer is just projecting her own language restrictions/limitations here. There’s plenty of Hebrew on Glick’s facebook page, and she has been in Israel for a long time.

I’m a cynic and I have a nasty suspicion that Bibi wants Glick in the party Likud Party Knesset list for one reason and one reason only, to get votes. As much as he couldn’t stand Moshe Feiglin, he can’t deny that Feiglin brought in votes, but it was clear to all that those votes won’t return. Feiglin supporters didn’t even show up to vote in the Likud Primaries. Many are joining Bennett’s Jewish Home, or Otzma Yehudit or are just plain disenchanted with politics.


Caroline Glick will attract votes and I’m sure that the “election events planners” would love a debate between her and Ayelet Shaked who agree on just about everything except which party to support. 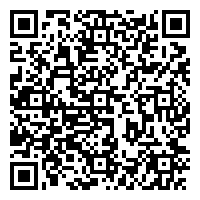