During my thirteen 13 years as Shiloh’s Girls Gym Teacher, I was careful to obey the rule that said it’s forbidden to have outdoor lessons when the temperature is over 30 degrees Centigrade.

This past Friday was a hot  spring day.  In Tel Aviv, where they were having their Half Marathon, it was up to 36 degrees centigrade.  One runner died and others were hospitalized.

They didn’t expect such summer weather.  Looking at the Christian calendar, people were surprised that we had such hot weather in the middle of March, but if you look at the Jewish Calendar, and it’s very common for there to be summer weather early in the month of Nissan, just over a week before Passover.  We almost always have some very hot weather this time of the Jewish Year.

The organizers should have thought of what’s best for the runners and cancelled the race.  And from now on, they should schedule according to the Jewish Calendar and have it before Purim.  Yes, it may rain, but it doesn’t snow in Tel Aviv.
Visit Shiloh Musings.
Advertisement 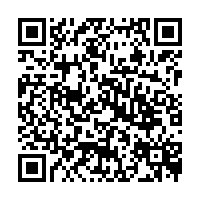