There’s a better chance to find Martians who can learn English than a possibility for a real lasting peace between Israel and its enemies.

Anyone who claims that there can be peace is talking total fiction. The main uniting ideology among the Arab countries surrounding the State of Israel and those even further away is our destruction. They’re not even shy about it. And this anti-Israel hate/ideology is all over the world.


Even in the United States there are periodic pro-Palestine, (sic), demonstrations in which the theme is:

“from the river to the sea, Palestine will be free”

You don’t have to be a rocket scientist, or a PhD in geography to know that such a country would mean the total destruction of the State of Israel, Gd forbid. There is no room for a Jewish State or even Jews in their dream world.

Unfortunately, the International Liberals, including the American Democratic Party, have adopted this very unliberal cause, which supports anti-Jewish apartheid and Nazi-like laws.

Never in the History of the World has there been a country or people named “Palestine.” It was a name on maps when antisemites wanted to replace the Jewish Judea with something else. The concept of an “Arab Palestine” was invented to stymie/handicap a Jewish state, which Great Britain had been mandated to establish by the League of Nations. Britain cut off the large area east of the Jordan River and imported the Hashemite Clan to rule it. That was the invention of Jordan and the newly minted “Hashemite Kingdom.” To be honest/exact, the Hashemites are occupying the East Bank of the Jordan River.

After the invention of Jordan, it was expected that Britain would facilitate a Jewish State in the remaining areas, but they didn’t. Instead they gave support to the Arab terrorists against the Jews living, building and farming. After World War Two, the United Nations came up with a “plan” to allocate a totally indefensible Jewish State surrounded by Arabs who would become “Palestine.”

Then after the Declaration of the State of Israel, May, 1948, well-armed Arabs attacked the Jews, but miraculously, not only did the State of Israel survive, but its borders were slightly improved. Land not under Israel’s control became illegally occupied by Jordan. This occupation wasn’t recognized by most nations. Jordan did nothing to modernize life for the residents.

Before the 1967 Six Days War, there was talk of trying to turn that area into something to be called “Palestine,” but the world wasn’t interested. At the same time the State of Israel suffered frequent terror attacks from Jordanian soldiers and others. In May, 1967, virulently anti-Israel statements were addressed to the world by Egypt including threats to totally destroy the State of Israel and push it “into the sea.” The world didn’t care about that, either. The United Nations even removed its peacekeeping forces to facilitate an Egyptian victory.

As everyone knows, not only did Israel survive that war, but by the time it was over, Israel had liberated all of the Land “from the river to the sea,” plus the Sinai and the Golan Heights.

Post-war, the State of Israel made an awful mistake. It tried to make peace instead of annexing all the land legally won and showing strength.

Today, over half a century after the 1967 Six Days War, the fiction of “Palestine” has taken off, just like when my ESL students tried to tell me that James Bond was a real person.

There isn’t a single Arab leader here who wants peace with Israel; they just want pieces of Israel. And that includes the PA’s Abbas. There’s nothing to negotiate about. The Arab aim is our destruction, Gd forbid. 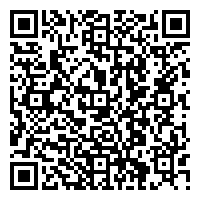